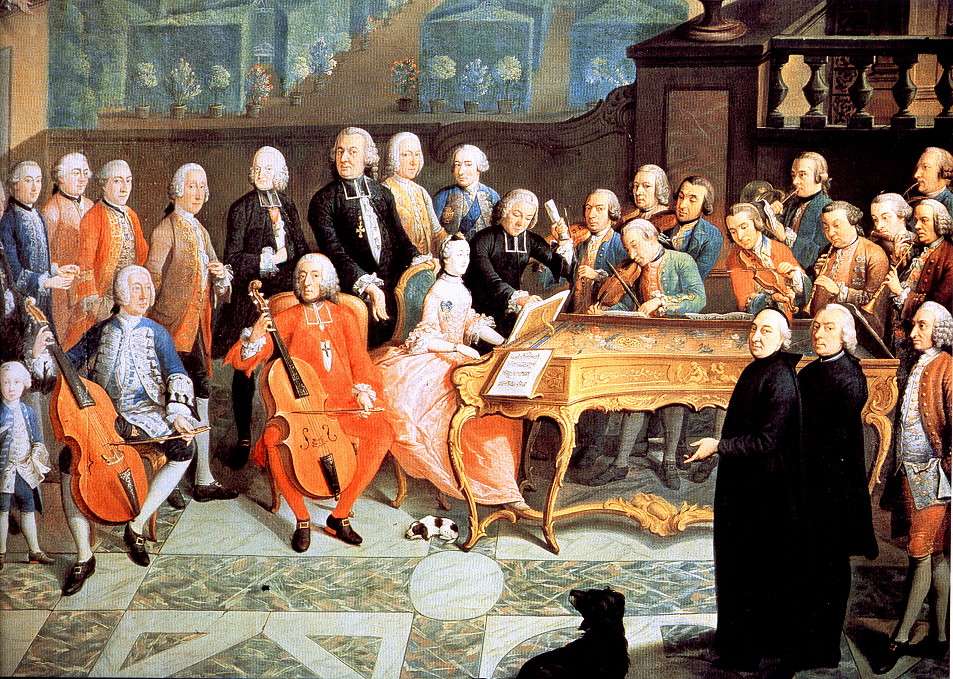 Are you interested in French Music? Do you want to hear some live music on your holiday to France? Whatever it is, we give you facts & information that will give you a good insight into the history of music in France.

Baroque music was, to a large degree, developed in France during the 17th century and remained popular for at least a century. It was from France that the baroque style of music spread throughout Europe influencing composers in many different countries. Baroque music sits in between renaissance music and classical music in the historical continuum of French music. It was during the baroque period that innovations in the way instruments were played took place, in addition to the way music was notated.

Although baroque music from France shares many similar traits with music from the renaissance eras, its chief difference is that baroque music tries to evoke stronger emotions and a baroque composition will typically concentrate on conjuring up one overriding emotion.

Amongst the most famous composers of baroque music in France were Jean-Phillipe Rameau (1683-1764) and Francois Couperin.  Couperin played an important role in developing the concept of modern harmony.

The 19th century is often viewed as a golden era for French music. It was in this century that France produced many world renowned composers of music including among others Charles Gounod, Cesar Franck, Hector Berloiz and Goerge Bizet. Bizet was the composer of two operas that are still performed to this day; Carmen and the Pearl Fishers. Gounod in turn was responsible for composing Faust and a musical rendition of the Shakespearean love classic Romeo and Juliet.

Hector Berloiz is often considered to be the leading light in the French musical Romantic Movement, a movement that gripped the worlds of French literature, French sculpture and French architecture in the 19th century. Hector is often dubbed with the title ‘Father of modern orchestras’ because he was known to play with orchestras involving hundreds of instruments.

The musical works of Berlioz and Franck sparked something of a musical revival in France spawning dozens of French musicians in decades to come including Gabriel Faure and Claude Debussy.