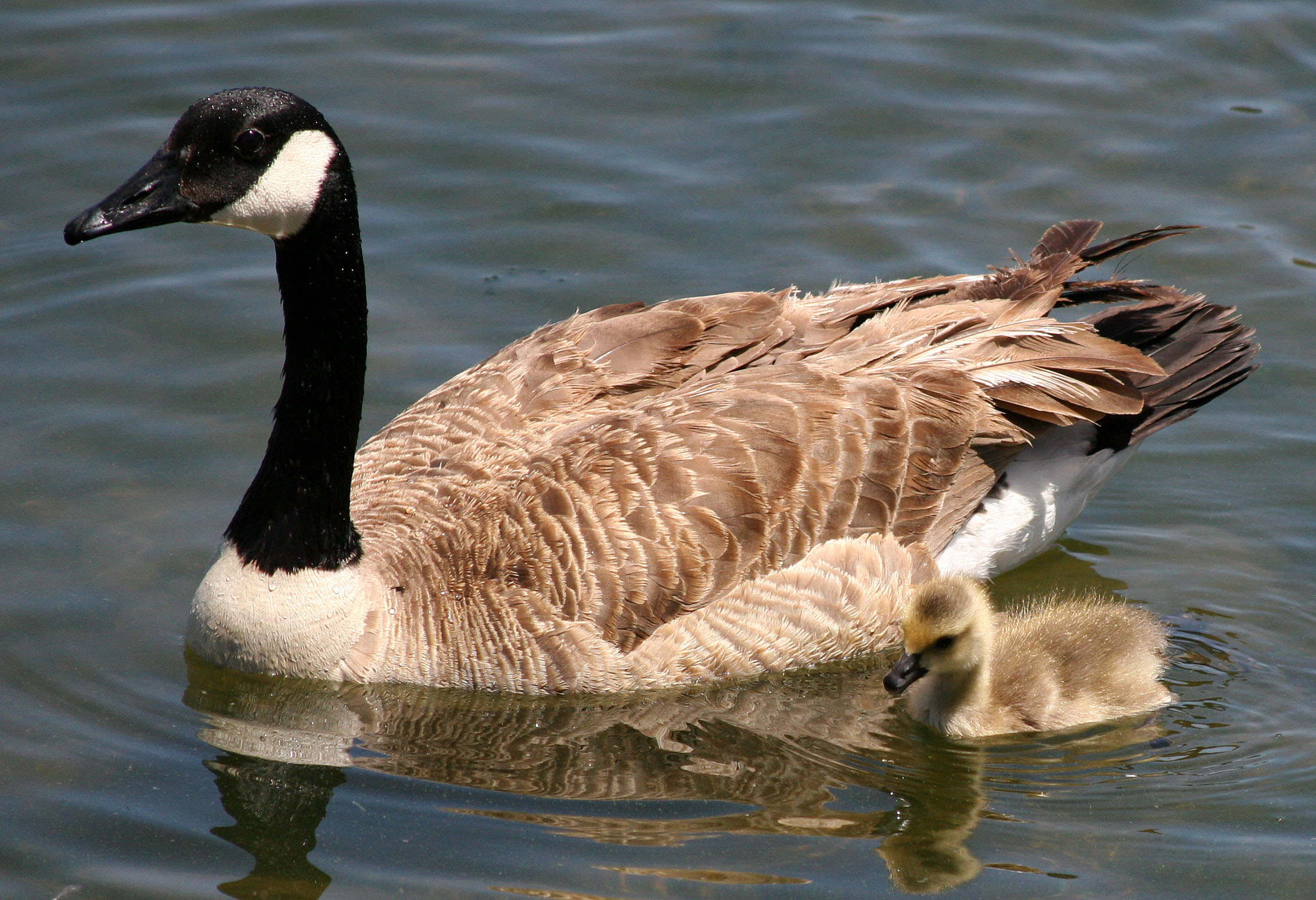 Want to know about the species Branta Canadensis? Are you interested in learning about the activities of Canadian Geese? Read our guide for more facts and information…

The Branta Canadensis is a highly social species that spend their lives in a family setting. In the second year of life the Canada Goose finds a mate, which they will stay with for the rest of their lives. Canada Geese work together to defend their nests and their goslings throughout the incubation period and into the early years of the goslings live. The nests are usually located in an elevated area near water. The female Canada Goose lays between 3-8 eggs each year. During the incubation period the parents cannot fly as the geese lose their flight feathers. Once the goslings are born the parents still protect their young, as it is common to see the goslings being led in a line with one parent at each end.

The Branta Canadensis is native to the arctic and temperate regions of North America. The species, however, has naturally found its way to Northern Europe, as well as Eastern Siberia, Japan and Eastern China. The Canada Goose has also been introduced by humans to other regions of the world such as New Zealand. The geese commonly are found near water including streams, lakes, rivers, and marshes. The Canada Goose prefers this natural habitat, however, human development has led the species to live in urban areas. The population has grown in these urban areas to the point where the species is seen as a pest at times. Human interference with the Canada Goose has also led to some flocks establishing a permanent residence, particularly in or around golf courses.

The Canada Geese that do not establish permanent residences migrate every fall and spring. During the migration period the Branta Canadensis usually has established rest stops to ease the burden of travel. The Canada Goose migrates in flocks and uses a V flying formation to ease the burden on the flock. The lead goose in the V formation alternates as it is the most strenuous position. The Canada Goose migrates in both the spring and the fall; however, the species spends less time in its winter grounds than in its summer home.