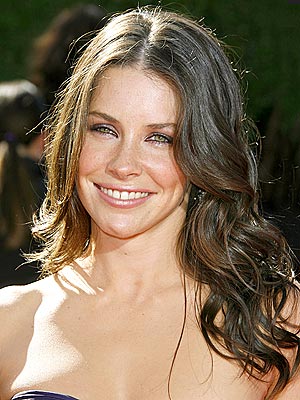 Want to learn more about the Canadian accent popularized by Evangeline Lilly? Read on for insightful information about spoken language in Canada and what Evangeline Lilly managed to achieve…

Outside of the French-speaking province of Quebec, almost exactly three-quarters of the population speak English as a native language. Unlike the United States and England, there is not much diversity in either the local usage of the English language or the way it is pronounced. The spelling and grammar are a mix of the English (United Kingdom) and American languages with some specific Canadianisms. There are not really any dialects as such.

The Canadian Pronunciation as Mostly a Homogeneous Accent

The accent and pronunciation of people from the major province of Ontario is heavily influenced by US Mid-Western usage and in British Columbia there is a marked US Pacific Northwest influence. However, the overall effect is that the slight variations in Canadian English as used by its native speakers are really more homogeneous overall and the language is easily differentiated by ear from any American native English speaker. However, if you venture into Quebec and some northern areas the local English has been very much influenced by French and is distinctly different from the language of the rest of the country.

We can list some specific examples of Canadian pronunciation as it differs from US English. Most Canadian speech is more measured and clipped and of a slower cadence than some US speakers from the tri-state area for example. In this it is considered closer, in tempo at least, to Southern US and Mid-Western drawls.

Some words are pronounced in the British style. Examples include stressing the first “o” and drawing it out in the words borrow and sorry. Adult is pronounced with emphasis on the first syllable, fertile is drawn out in the last syllable, semi is pronounced with an “ee” sound at the end rather than the “ai” sound as in US English, and words such as lieutenant and schedule are often, but not always, given the very distinctive British pronunciation. In addition, words of French origin such as croissant are given the proper French pronunciation rather than the UK and US corruptions.

Nicole Evangeline Lilly was born in Fort Saskatchewan in Alberta, Canada in 1979 and is most popularly known for her role in the TV series Lost. It is ironic that her family did not own a television set during her childhood and she does not watch much television herself. In spite of that, she has become one of the most recognized faces on the boob tube.

After leaving high school Lilly spent some time modeling for the Ford agency before landing her first speaking role in Lost. Maybe adopting different personas during her post-school travels had helped her to immerse herself into her new role and lose her Canadian accent altogether. While some Canadian actresses such as Amanda Tapping sometime betray hints of their Canadian accent, Lilly’s performance has been lauded for its excellently controlled accent.

Lilly also speaks French very well, almost like she is from Quebec, and this may help her in her future film career also.