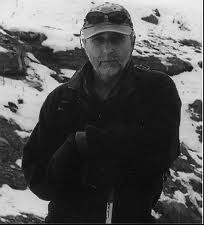 Do you want to learn about Canadian artist Allen Smutylo? Are you interested in discovering Allen Smutylo’s artwork? Read our guide for more facts and information…

Allen Smutylo is primarily considered a painter; however, his many pieces show his ability to experiment with different mediums and forms. The works of Allen Smutylo have been produced in the form of oil on canvas and watercolours in regards to painting. His works also extend outside of painting as he has created drawings, etchings, monoprints, and collages. No matter the medium or form Allen Smutylo is using, this Canadian artist strives to capture the true essence of his subject. Allen Smutylo’s primary inspiration for his work is his personal experience drawn in particular from his extensive travel to remote places around the globe. Allen Smutylo has travelled over 25 times to the far north; he has also made voyages to the Antarctic, remote villages in the Himalayas and many other regions. The images that Allen Smutylo captures in his pieces are meant to capture specific experiences of a trip that he has ventured on. It is a common technique of Smutylo’s to create a collage of images in the frame as he endeavours to create not only a representation of what he has seen but also to create what he calls a land memory. The works of the Canadian artist, Allen Smutylo, are well received as they are included in over 300 public and corporate collections.

Allen Smutylo is not just an artist who enjoys paintings and drawings. This Canadian artist also enjoys travelling to remote regions of the world for inspiration. Allen Smutylo also enjoys sea kayaking. He includes this hobby with his artistic passion as he tries to spend at least some of each of his summers in the arctic with his kayak. Allen Smutylo has also crossed his passion for art with literature as he produced a book chronicling his adventure into the remote regions of the Himalayas. The book is filled with words and images and is titled Wild Places, Wild Hearts.

USA
Interested in buying Native American art prints? Read on to find out about the