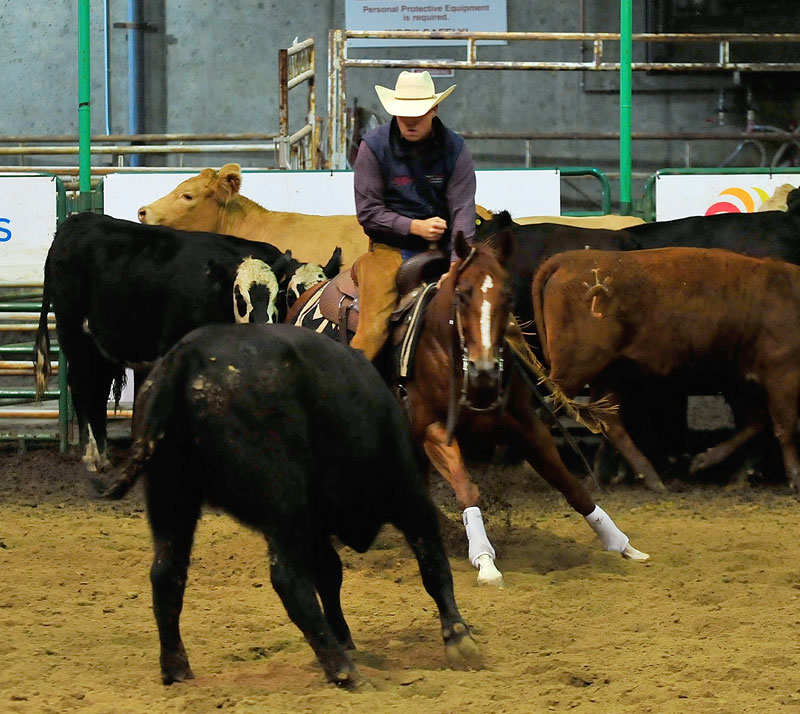 The Canadian Cutting Horse is a horse which is trained for either cutting or other ranch work. These horses are frequently used to compete in cutting contests also. Most of these horses are derivatives of the American Quarter Horse and commonly used for ranch work.

The Canadian Cutting Horse Association aims to promote the equestrian sport of cutting cattle by their association organized within Canada. The CCHA reports that the cutting horse is not a breed on its own but it is more of a challenge and skill that is imparted to a particular horse like the American Quarter Horse. Majority of the Canadian Cutting Horses used on ranches today have the American Quarter Horse bloodlines, as well as Paint, Appaloosa and Thoroughbred bloodlines shared between them. Since this horse does not have a true breed association it also does not have a breed registry.

Evolution of the Cutting Sport

Cutting is actually an equestrian event which is practiced in the Western horse riding style. In this sport both the rider and horse are judged on their talent to separate a single animal from a cattle herd and manage to keep it away for a small period of time. This sport originally developed on cattle ranches in the American West where it was commonly the cutting horses’ job to isolate a particular animal from the herd in order to vaccinate, sort or castrate it.

When the competition evolved as a full-time event the best riders from the locations and community vied to compete for the title. The basic rules were added to the game and in 1946 the governing body of the sport titled the National Cutting Horse Association was founded to manage the contests and awards.

When the event is in full form, the horse and rider select a single cow, normally a steer or heifer out of a small group of cattle. The calf of course tries to return to the herd but the rider loosens the reins a little bit and leaves it entirely up to the horse to keep the little cow separated from the herd. The Quarter Horses instinctively manage to do this with a lot of style, savvy and relish within the set time of 2 1/2 minutes to show off the talent of the horse. There are usually three cows which are cut during one run and it is also acceptable in the contest to work with two cows. Points are awarded to the horse and rider based on a scale of 60 points to 80 points.

Characteristics of the Canadian Cutting Horse

As mentioned earlier the Canadian Cutting Horse is similar to the American Quarter Horse in terms of its appearance as well as temperament. They are bred to be athletic, charming, intelligent and kind along with willingness and calmness as natural traits. The head is well proportioned and they have a straight or convex profile, they have kind and intelligent eyes and alert and mobile ears. The necks are sloped and set well on sloped and powerful shoulders. The Canadian Cutting Horse has a deep and broad chest and a very straight and graceful back. Its hindquarters are powerful and muscular, with tendons that are hard and end in excellent feet set on short and strong legs. The colors on the Canadian Cutting Horse are generally solids, brown, gray, bay and chestnut colors.