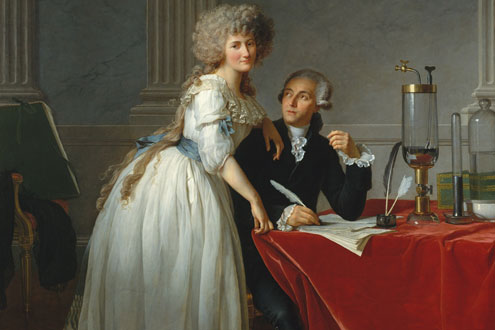 Interested in the history of the French revolution & romanticism? Want to know how the political turmoil of the revolution paved the way for one of the most important literary genres in European history? Our guide gives you the facts & information yo

There is little or no freedom of speech or expression in places that are ruled by oppressive tyrannical regimes. Such was the situation of France under the Monarchist dictatorship of the Catholic king called Louis XVI. The society was confined within the perimeters defined by the government with unfair laws and unequal distribution of resources. The living conditions of the people determined their state of mind which will always be a great influence on the nature of literature that is produced from that region.

In this divided society where the people were segmented into the nobles and clergy on one side and the working class on the other the literature of that time was quite restrained. All the literary material that is to be found is only focusing on the lives of the upper class namely the nobles and the clergy. This is because the common man was too busy working and was of much less importance to those who were writing at the time. The literature and art of that time seems to be representing only one side of the reality of France and that is the bright side for a select few, all this while the huge working class remained unnoticed.

When the spirit of the revolution caught the whole of the nation and turned things into a whole new direction then art and literature begun to take a new turn. The newly acquired freedom of the common people was not only brought about just laws and living but ordinary people also had the freedom to think for themselves and in turn the freedom to express themselves. Triggered by the revolutionary spirit the writers of the time were full of creative ideas and were waiting for a chance to unleash them. Under the new laws the writers and artists were given a considerable amount of freedom to express themselves which did well to pave the way to set a high standard for literature.

In most of the dictionaries we find romanticism to be defined as a literary and cultural movement which took place in Europe in the 19th century. The credit of this movement goes to the imagination and creativity of those great Romantics who managed to express their inner feelings in a very profound and articulate literature. In itself the French revolution is seen to be the dividing event between the era that is described as the pre romanticism era with the Romanticism era having its roots in 1774 and coming to full form by the end of the 18th century which is the time that the French revolution was taking place.

Some of the authors from the Romantic Movement gained world recognition and many are held in high esteem even till today. Vigney is an author who is said to have played a major role in the development of the Romantic revolution with his play Chatterton in the 1820’s. The greatest poet of that time was Hugo who is considered to be one of a kind. There was Joseph de Maistre who was inspired to write under the impact of the great magnitude of the French revolution and many others who sought to take the new found freedom of expression in the positive direction of setting new standards for literature.