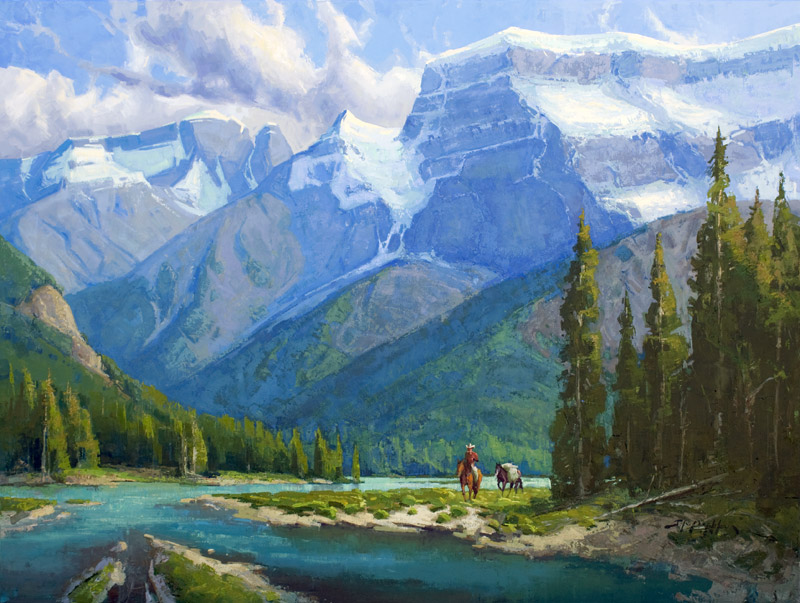 The Canadian wilds are made up mainly of boreal forests that are filled with conifer trees. Birch and maple as well as oak and cedar are trees which grow in abundance in the wilds. The Canadian forests are home to several hard wood species of trees, which are excellent for canoe building and cabin construction.

Rapid flowing rivers in the Canadian wilds have not deterred explorers from navigating the treacherous waters to move inland and found new towns along the banks, mapping the course of the rivers for future dwellers. Long voyages into the wilds would tax even the hardiest of men who would befriend Native Americans and secure easier routes or learn to harness the powers of the natural world.

In the Canadian wilds, you’re likely to find roaming caribou which migrate in season across the George River. Moose country is in the wilds of Canada throughout Alberta and British Columbia. Great black bears have made their home in the wilds and you could enjoy big game hunting when the hunting season is on. You’ll need the appropriate licenses to participate in any game hunting and only rifles can be used as firearms to attack and kill the animals.

The Canadian wilds have a strong population of beaver although the fur trade had vastly reduced their population. These iconic rodents can be seen building dams on rivers and gnawing at tree barks with their characteristic large incisors. They have a keen sense of scent and will alert other beavers if they suspect danger to their lodges.

Venturing Into The Canadian Wilds

You can venture into the Canadian wilds by participating in eco-tourism events organized by provincial travel authorities or tour agents. The wilderness of British Columbia provides two excellent sources of eco-retreats in the form of the Sonors Resort in Sonora Island, situated off the eastern coast of Vancouver Island. Clayoquot Wilderness Resort sports 20 guest tents and is located on Clayoquot Sound in Tofino. Each resort offers spectacular view of the wilds with fully guided tours and seaplane transfers.

The Canadian wilds are spectacular and home to an astounding array of big game including moose, caribou and black bear. You can enjoy the wilderness by staying at luxurious eco-tourism resorts in British Columbia.