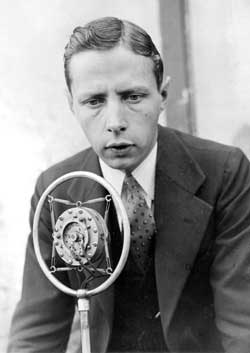 Want to learn more about the impact that Foster Hewitt had on Canada? Read on for facts and info on how Foster Hewitt impacted Canada…

Foster Hewitt’s Impact on Canada was immense since he was a recognized radio pioneer in Canada and was a multifaceted individual. During his student years he was a champion boxer and won the intercollegiate title at hundred and 12 pounds. As a teenager Foster William Hewitt accompanied his father to Detroit, Michigan to observe a demo of radio technology which had been sponsored by General Electric.

This was the beginning of his interest in radio in his teenage years. When he found out from his father who was the sports editor of the Toronto daily Star newspaper, that the Star was starting its own radio station, he dropped out of his job at the Independent Telephone Company a radio manufacturer and also left the university. In order to prepare for his career on radio he became a reporter at the Star and was in place and ready to be part of the radio culture when the newspaper was ready to go on air when CFCA was launched.

The first hockey broadcast by CFCA was on February 1923 and even though it was his colleague Norman Albert who performed the play-by-play, foster Hewitt went on to make his first play-by-play commentary on February 16, 1923. Interestingly enough on May 24, 1925 Hewitt and his father historically made the first broadcast in the world of a horse race and he was actually invited in 1927 as the guest announcer to broadcast the first game from the new Detroit Olympia and he was part of the opening night ceremony for the Maple leaf Gardens in November 1931. The Leafs owner Conn Smythe actually supported the broadcast gondola which Hewitt had suggested and this is where the first broadcast at the Maple leaf Gardens was launched from.

Foster Hewitt’s Impact on Canada Hockey night was profound as he was the premium hockey play-by-play broadcaster for 40 years during hockey night in Canada. This was actually the first radio program which was widely listened to all over Canada and in fact the phrase “he shoots, he scores!” has been attributed to him.

Interestingly enough his broadcasts for hockey night in Canada were also simulcast on television up till 1963 when he handed over the television broadcast to his son William Hewitt. Foster Hewitt’s Impact on Canada can be measured in the fact that in 1951 Foster Hewitt started his own radio station from Toronto, CKFH, initially at AM1400 kHz and progressed to 1430 in 1959. This station had the rights to the leafs game till 1978, and was eventually sold to Telemedia in 1981 and was renamed as the CJCL .

In 1965 foster Hewitt was inducted into the hockey Hall of Fame as a builder and in 1972 he was made an Officer of the Order of Canada. The Foster Hewitt Memorial Award from the Hockey Hall of Fame is named after him, along with the media gondola at the Air Canada Centre. His original gondola from the Maple Leaf Gardens was dismantled and destroyed in 1979.