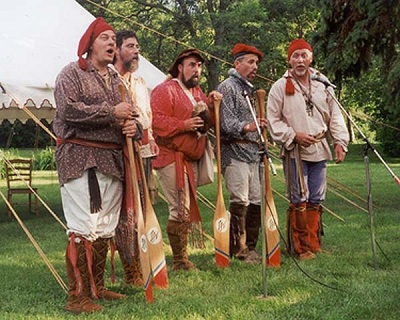 French Canadians are primarily descendents of settlers from France. These settlers from France were almost all members of the Roman Catholic Church. Until the 1960s religion was a key component in the culture of French Canada as religion influenced schools, hospitals and other aspects of everyday life. In the 1960s religion lost some of its cultural significance as the province of Quebec came to focus on the issue of sovereignty and became more secular in general. Diversity in religion has also grown with continued immigration particular to cities such as Montreal. The influx of new residents into the French culture has led to many residents and members of French Canada being practicing Muslims, Jews, as well as Roman Catholics.

Quebec is a part of Canada; however, because of the distinct French Canadian culture many holidays in Quebec are unique. Every year on the Monday before May 25th Victoria Day in honor of the Queen is celebrated throughout Canada except in Quebec. In Quebec on the same day as Victoria Day the culture chooses to celebrate Dollard Day which honors a 17th century war hero. In Quebec the French Canadian culture also celebrates St. Jean Baptist Day on June 24, which marks a celebration of their patron saint through parties, bonfires and fireworks. French Canadian culture also overlaps with tradition as Easter and Christmas are celebrated and in rural areas where traditional celebrations remain popular.

Sports are popular in French Canada and like all of Canadian culture hockey holds a special place for French Canadians. Quebec has long enjoyed hockey and since the inception of the National Hockey League the province has been home to 5 professional franchises. Today, only the Montreal Canadiens remain, however the franchise is loved throughout not only the province but all of French Culture. In 2009 the Montreal Canadiens franchise celebrated their 100th anniversary with much celebration. Quebec has also been home to a Major League Baseball Franchise in the Montreal Expos; however, the team was relocated to Washington.