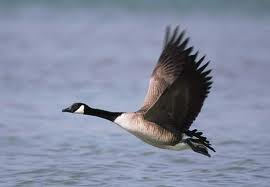 Go to any beach, lake, or pond and you’re sure to see Canadian Geese in droves. Some want to simply remove them from highly populated areas, but others want to kill them. Read on for the arguments over gassing Canadian Geese…

The Canadian Geese population has exploded over the last few years. These birds are relatively comfortable living in human-populated areas and can thrive in all sorts of environments and climates. In short, they’re everywhere and many claim that they’re a nuisance. You can hardly walk in some areas without stepping in goose poo. You can hardly drive through some public parks without having to stop for a line of geese crossing the road. But, as annoying as these might be, there’s also a more serious concern.

Canadian geese have been known to attack pets and humans alike. Whenever a goose feels threatened or feels that its young are being threatened, they will attack. It doesn’t matter how big you are, they will attack you. It’s instinctual. And many pets, children, and adults have the beak and bite marks to prove it. Even more dangerous than an attack, though, is the potential for car and plane accidents. Imagine driving and hitting one of these animals with your windshield. It may not do any damage, but it will block your vision, distract you from the road, and may even scare you enough to lose control of your vehicle, all of which very likely could result in an accident. There is also the danger of Canadian Geese flying into and disrupting the functioning of airplane engines, as has recently occurred, resulting in one airplane crashing into the Hudson River.

Everyone (well, most everyone) wants to deal with the problem in the most humane way possible. Rather than gassing and killing the birds, many people want to coax them into leaving high traffic areas. There are numerous methods for forcing geese to leave an area. From the introduction of Border Collies (which do not attack geese, but simply harass them), to the placing of decoy coyotes and dead geese, to chemical repellents, there should be no reason to have to kill the animals. We can simply force them into less populated areas.

Whereas these non-lethal methods do work in local cases and on a property by property basis, the U.S. and Canada are too populated to find enough non-populated areas for so many geese to live. Removing them from one area will only push them into another populated area. It would also be very difficult and expensive to completely remove them from an area. Because the population of Canadian Geese has become so large, it is much more efficient to reduce the number of geese currently living.