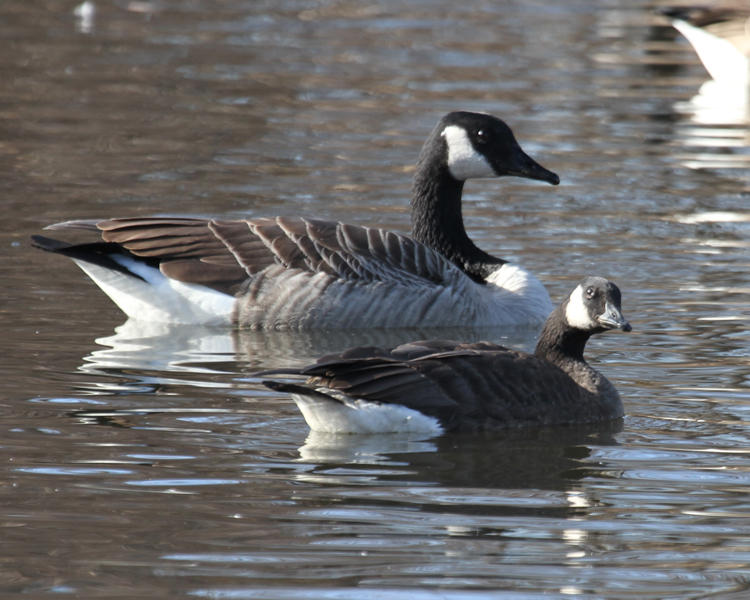 Want to know more about the Lesser Canada Goose? What’s the difference between lesser and other geese? Read on for facts and info on Lesser Canadian Geese…

The Canada Goose is distinguished from other species of geese by its white chinstrap on its black head and neck. The average sized Canada Goose measures 76-110 cm in length and has a 127-180 cm wingspan. The average male has a weight range between 3.2-6.5 kg. The mid sized goose is known to have a deep territorial belonging and can be quite aggressive when it comes to defending its territory. The female version of the Lesser Canada Goose looks pretty much the same as the male counterpart. However it is about 10% downsized in comparison to the male. The honk in particular differs to that of the male. A unique specimen of the group weighs in at an average of 10.9 kg and is known as the Giant Canada Goose. It has a massive wingspan measuring a staggering 88 inches. The Giant Canada Goose is by far the largest specimen of wild goose ever collected. It can live up to a ripe age of 24 years.

Native to the region of North America the Lesser Canadian Goose is found all across Canada and the North American continent. The bird makes its nest close to water bodies such as lakes, streams and ponds. It is very selective when it comes to laying its eggs because it requires a shallow depressed area that has to be lined with plant material. A large population of Canadian Geese is found in the Great Lakes region. The geese faced a massive loss of natural habitat during the early 20th century along with over-hunting. The consequences of this were a massive reduction in the population of the species. By the 1950s the subspecies known as the Giant Canada Goose had been registered as extinct. However about a decade later a small flock of the variety was discovered in Minnesota causing a renewal of the records. Over the years much effort has been made in order to prevent the geese from facing extinction. A succession of new game laws have been passed along with a variety of different preservation programs and habitat recreation that has helped in recovering the diminishing population of the bird. The restoration efforts have been so successful that in some areas the over population of the Lesser Canada Geese is being considered as quite a menace. Their droppings infested with bacteria are scattered all over the region and their nocturnal calls along with the confrontational behavior is causing residents problems in the region.