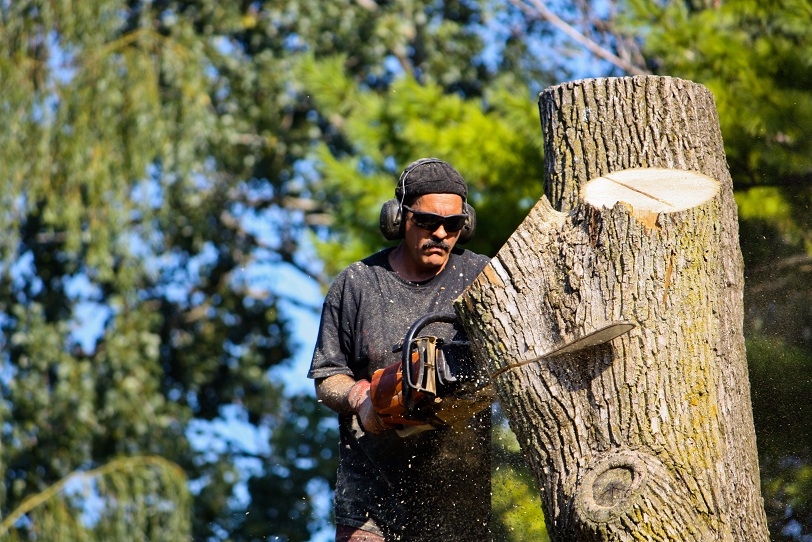 Want to learn more about the lumberjacks of Canada? Think you could make it as a lumberjack? Read on for facts and info on Canadian loggers…

The term Lumberjack has been replaced by Logger for professional people who cut down trees in order to harvest lumber. Lumber is just a fancy term for wood that has been cut to be used in construction or the manufacture of paper and furniture. The term Lumberjack is now mostly meant to refer to people who adopt woodcutting as a competitive sport.

While woodcutting and wood-gathering have been a human occupation from time immemorial, lumberjacking as a mass profession started in Scandinavia, Canada, and the northern United States a few hundred years ago.

Lumberjacking was tough, hard work requiring huge amounts of strength and endurance. It was seasonal work not possible when the mountainous regions where the best timber was to be found got snowed out. Lumberjacks had to take the work as it came and had to move into the logger camps when the season started. As a result, they came to be known as hard-working, hard-drinking chaps.

It was Scandinavian loggers who formed the bulk of the industry when serious logging on the North American continent started in the US state of Maine. This caused the cultivation of the lumberjack image of tall, blond-haired, very muscular, red-faced giants. Lumberjacks traditionally used axes to cut down trees and a team of two lumberjacks could also use a crosscut saw to saw through the trunk of a tree.

Some of the other skills needed for lumberjacking included high climbing or tree topping where the lumberjack used iron hooks and rope to climb up a tree, cut down its branches and the tree top as he climbed, and attached rigging and pulleys to the tree so that it could be used as a spar. Attaching chokers or steel cables to felled logs in order to roll it down the mountain to a landing area was another set of skills. Sometime, the tree would be transported by water to sawmills and tree rolling became a skill. Lumberjacks would wear spiked boots called caulks or corks to stay on a log when rolling it down river.

Lumberjacking as a competitive sport started in the late 1800s in lumberjack camps where competitions were held to find the quickest man to fell a tree, most accurate at throwing axes, the quickest to buck a tree, that is to cut a felled and de-limbed tree into logs of a certain sizes, and the one able to last the longest at birling, that is staying on top of a rolling log.

Modern competitive logger sports are organized across Canada by The Canadian Logger Sports Association. Some popular events include single and double crosscut sawing through a log, chopping through a twelve inch diameter log while on a springboard ten feet in the air, standing on a log and underhanded chopping it, chopping scarfs (cuts to the middle) into two sides of a standing block, racing up and down an eighty foot sparpole, birling or log rolling, and the noisy crowd favorite, the hot saw event which uses a methanol-powered chainsaw to cut through a log.