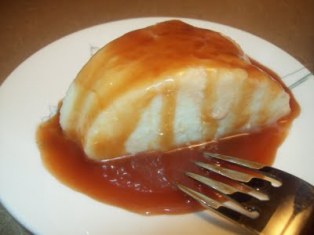 Some of the most popular and easy to make Chilean desserts are as follows:

Add the sugar and an equal amount of water in a saucepan and heat over the stove until the sugar dissolves. Then increase the heat without stirring so that it forms a hard ball. Meanwhile beat the egg whites in a bowl and pour the hot syrup on top while whisking continuously.  The meringue should become shiny and cold. Once it has achieved this state fold it in the lucuma puree.

Next take some of the mixture and pour it on to a buttered mold to bake. Remove it from the oven once it has become puffed and golden and allow it to cool. While the custard bakes you need to prepare the vanilla cream in the conventional manner. Once the custard is ready give it a light coating of the vanilla using a spoon and your Chilean dessert is ready to serve.

This classic Chilean dessert will require you to have three cups of quinoa, half a cup raisins, about thee cups milk, two cups heavy cream along with sugar and salt to taste. Add to the list about one teaspoon of ground cinnamon, ground cloves, grated dehydrated coconut and four egg yolks. Lastly you will require some cinnamon powder to sprinkle along with sweetened whipped cream.

Wash the quinoa and submerge it in water to boil while stirring occasionally. Stir the water and repeat the process and drain again. Add the reserved quinoa, cream, milk, salt, sugar, cloves and cinnamon in a saucepan and bring the contents to a boil. Care should be taken to prevent the contents from sticking to the surface of the pan. When the mixture has become thick add the raisins and soak the contents in water with the grated coconut.

Cook for another ten minutes while stirring making sure the water evaporates completely. Once the water has been evaporated add and beat in the egg yolks to make a well blended mixture. Once ready, pour on to a serving platter sprinkling it with ground cinnamon. It should be left to cool at room temperature and served with sour or whipped cream. This dessert is safe to keep in the refrigerator for up to a week’s time after it has cooled down at room temperature. However it tastes best when served fresh.