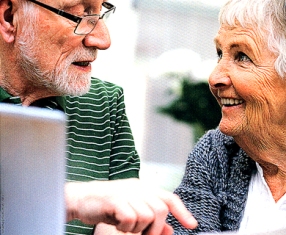 Chile is regarded as being one of the pioneer South American nations with regards to developing a social welfare state. The country had a system in which the entire pension scheme was funded by the current insurance premiums paid by employees as well as the employers and the government. However this primitive system had quite a few loop holes due to which it was reformed to become one of the best pension systems in South America.

There were a number of problems with the old pension system of Chile. Foremost the sheer number of insurance systems and funds was so large that it was extremely difficult to manage. Inequality in payment was the consequence of this difficulty which needed to be addressed.

Those groups that had political power would literally snatch away innumerous privileges from other deserving people. Along with being unequal the system was very inefficient contributing to higher costs as well. At the same time Chile was experiencing a higher life expectancy rate due to improved medical facilities. This raised the demand for pension payments as more people were reaching retirement age. The above mentioned reasons caused the patriotic intellectuals and officials to initiate discussions on reforming the Chilean pension system.

The initial efforts for reforming the Chilean pension system came under the military rule of Pinochet. This reform successfully managed to eliminate a number of salient inequalities. The reformed pension system came into effect in 1979. From 1980 onwards the government began a movement to unify and standardize the multiple pension funds that were scattered around the country. The pension reform movement by the military regime is what won it the appreciation of the masses as it was almost impossible to expect a civilian government to take such an unpopular measure.

A pension system based on the theory of individual capitalization was enforced on May 1st 1981. This system took the neoliberal ideology framed by the Chicago School as its inspiration. Under this system the state acquired a subsidiary role whereas the main operations where entrusted to competing private corporations. However a state agency was set up to supervise and regulate the implementation of the system. The state agency was also responsible for counts on substantial government subsidies and guarantees.

Under this system the volume of the insurance payments were relative to the effort that every individual put in. Today old age pension schemes are handled by private pension funds. These agencies have to compete to gain the insured. They are also held responsible for executing efficient and rational distribution of the funds.

The reformed Chilean pension system was put in place in its full form by 1983. From that time onwards the pensions have been calculated on cumulated contributions from the individuals along with the return of the investments of the associated pension funds. Although the Chilean pension system reform was much needed it was still far from perfect. It was highly unpopular amongst the section of the masses that was receiving numerous benefits under the older system. However it is still considered to be a step in the right direction.