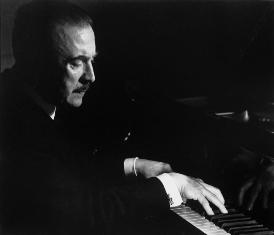 Born to an eye doctor back in 1903, Claudio Leon Arrau grew up to become a legendary Chilean pianist. As a young boy Claudio received his initial piano lessons from his mother who was quite an accomplished musician herself.

Claudio was naturally gifted. He made his debut performance at the ripe age of five in Santiago where he mystified the audience with his performance of Beethoven, Mozart and Chopin. By the age of ten he was known all across the country. The Chilean government commissioned the young pianist to go and study at Stem’s Conservatory of Music in Berlin.

Over there he received formal training under the guidance of Martin Krause who was himself a former student of the legend Franz Liszt. By eleven Claudio was playing F. Lizt’s Transcendental Etudes which was regarded as being one of the most difficult piano compositions of all times. At the same time he was also playing works of other legendary pianists such as J. Brahms’s Paganini.

During his student life Claudio entered many music competitions and secured great prizes. To his credit was the Ibach Prize as well as the highly revered Gustav Hollander Medal. Soon enough he was being invited to Scandinavia and Germany for recitals. He was lauded for the perfection of his techniques and the high sense of maturity he displayed with regards to interpretations.

The pianist made his first major European tour in 1918. On this tour he was accompanied by many great conductors the likes of Willem Mengelberg, Wilhelm Furtwangler and Nikisch. He made his way back to Chile in 1921. Next he went on one of his most remembered tours titled as Santiago de Chile.

He was first invited to play in North America in 1924. Here he made a fabulous appearance along with the Chicago Symphony Orchestra as well as the Boston Symphony Orchestra. He was also invited to join the faculty at Stern Conservatory. In 1927 the pianist secured the Grand Prix Internationale des Pianisters in Geneva. Following this he toured the Soviet Union twice, once in 1929 and then in the next year.

Much of the 1930s was spent touring by Claudio who had now developed a reputation of a legend around the world. He gave some of his most memorable performances in Berlin in 1935 and 1936. He also collaborated on some work with J.S Batch and also recorded the entire collection of Mozart’s work. Much of the prime time period of his life was spent touring, teaching and recording.

WWII hampered the musician’s performances due to the unrest. However he was back touring the world once things settled down. He made trips to Australia, Israel, South Africa, Romania, Japan and even performed in India.

Chilean by birth the pianist actually gave up his Chilean citizenship in protest against the loss of democracy to the Pinochet military regime in Chile. Instead he acquired U.S citizenship.