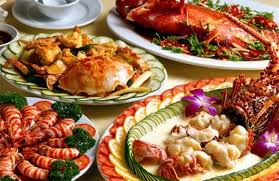 Interested in traditional Chilean food? Read on for a comprehensive overview on the traditional cuisine of Chile…

Traditional Chilean food gets its diverse flavors from the diversity in the products that are naturally available due to the varying landscape. But naturally people from different regions also have different eating habits. Then you have the influences of various cultures with the European, Native American and Spanish culture being foremost in exerting their sense of taste.

Seafood takes the prime spot when it comes to traditional Chilean food. This is largely due to the fact that Chile as a country has a massive coastline of over 4,270 miles. You can just imagine the kind of diverse species of fish and other seafood that they would have available to them. However Chilean food is distinctively different, although often confused with spicy Mexican dishes. The Chileans are actually not that fond of making use of chilies in the preparation of their dishes.

The Empanadas de Queso is one of the characteristic dishes of Chile. It is based on diced meat surrounded with onions and olives topped with raisins and a hard boiled egg. It gets it’s distinct flavor because it is baked in an earthen oven.

Summer time has its own particular dishes in Chile. The Pastel de Choclo for example is one of the all time traditional summer time favorites. It features a mixture of ground corn and meat adorned with small pieces of chicken, onions, olive raisins and the typical hard boiled egg. The meat based soup known as Carbonada with finely diced beef and a variety of different vegetables is another popular traditional food item.

South Chile’s Curanto en Hoyo is a typical Chilean dish. It is a mixture of fish and seafood along with some meat adorned with potatoes. It is hard to imagine what this dish would taste like due the variety of meats and the unique preparation technique wherein it is cooked on red hot rocks inside a hole in the ground.

Chilean seafood is a prominent part of the traditional cuisine. They have a variety of simple seafood dishes that are consumed on a daily basis in the coastal regions. Almejas con Limon which is a dish featuring raw clams with lemon juice is a common tasty delight served in Chile.

The Caldillio de Congrio, a conger-eel soup with potatoes, onions and carrots is another hot favorite. There are a variety of other eel based dishes such as the deep fried conger eel. The sea bass is one of the most popularly consumed fish in the whole of Chile. There are many recipes for Chilean sea bass including the Cevich in which the sea bass is served in a minced raw form with lemon juice.

Amongst the totally unique traditional seafood dishes is the Piure. This dish is based on dark red sea squirts that are known for having a very rich flavor. They are generally consumed with diced onions and coriander along with a dash of lemon. This seafood item is particularly popular in the region of Chiloe. Machas a la Parmesana with lemon and Pebre is another hot favorite traditional Chilean seafood dish.