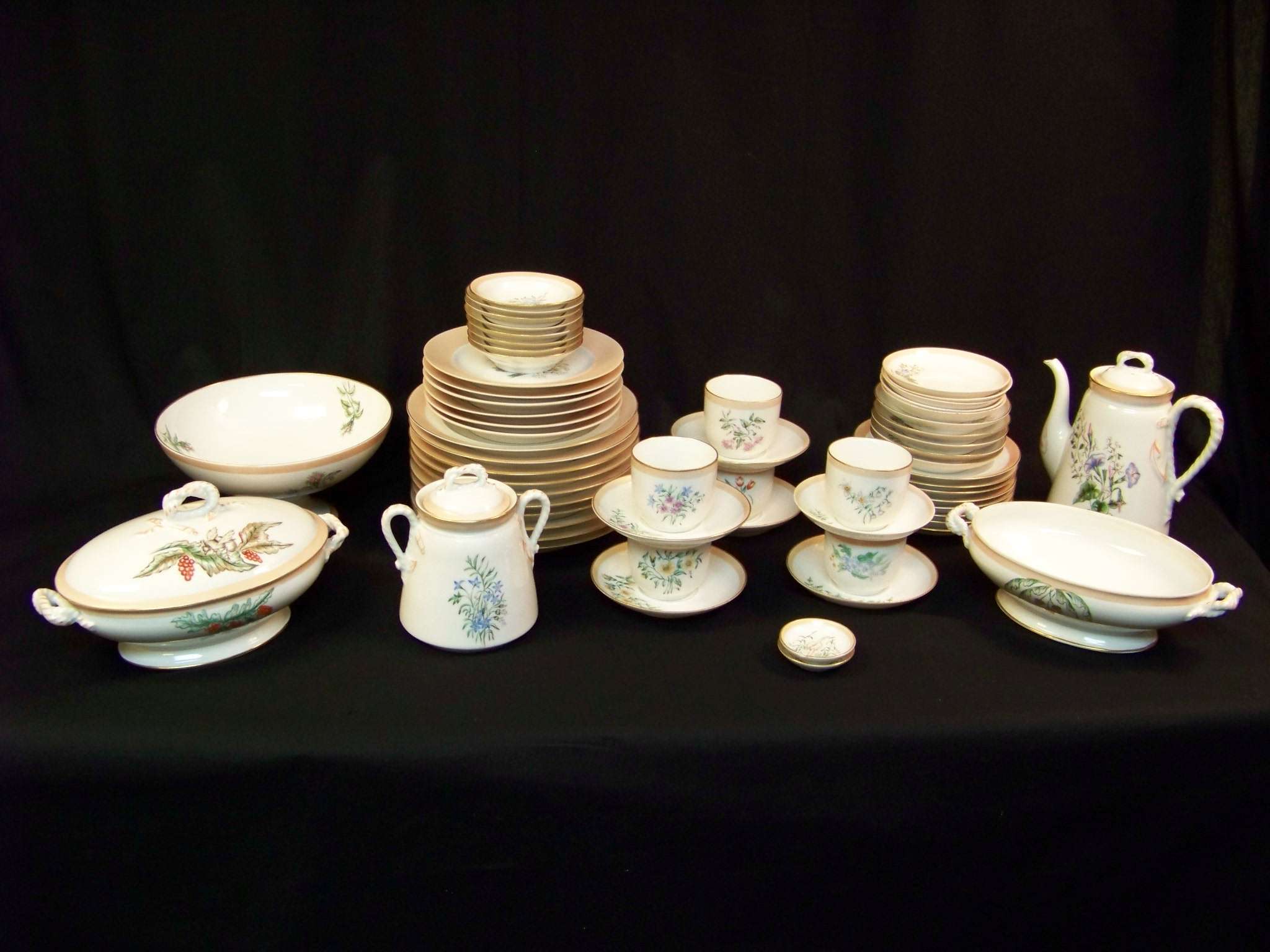 Antique Haviland china is one of the most popular and valued antiques. Mr. David Haviland, an American china shop owner, went on a research to Limoges in the year 1840 and discovered the world’s best china and named it Haviland china…

David Haviland found that the area had a rich supply of pure white clay or kaolin and decided to set up a factory for the purpose of export. Some of David’s family members got into the business after David’s death and established five more Haviland factories out of which three are still functional.

In Limoges, David first started creating models of the Haviland china dinnerware. He also established his decorating factory and installed everything with which he could change the plain china to decorative items. Along with a group of his experienced workers he decorated the plain china and came up with amazing designs. This was an extraordinary achievement, because at that time the French manufacturers used to make plain ware out of the antique Haviland china and used to send them to Paris for further decoration. On a memorable day in the year 1842, the shipment was made to The United States and soon the new Haviland factory started to produce Haviland china in huge quantities.

After a hundred years William D. Haviland, grandson of David Haviland, decided to establish domestic decorating factories. He used all the Haviland resources available in this project and the result was truly extraordinary. The sales figures showed immense progress. Customers were eager to buy the domestic made fine dinnerware and soon after the launch of domestically decorated dinner wares, Haviland & Co. became the leading Haviland china manufacturers in The United States and the rest of the world.

Soon after the end of World War II, Theodore Haviland, son of William D. Haviland, took the business in his own hands and completely modernized his factories in France and The United States. He introduced new kilns which were fired by gas which assured evenness in the color and the contrast and hence resulted in the improvement in the wares to a great extent. New decorating processes were implemented to create the most intricate patterns and designs in the Haviland china items which were never done before. Because of the success of these techniques, Haviland & Co. enlarged its scope and introduced a new variety of giftware which also got immediately recognized in the market as unique. Today Haviland & Co. is famous all over the world for items like bowls, dinner sets, cups & saucers, flower vases etc.