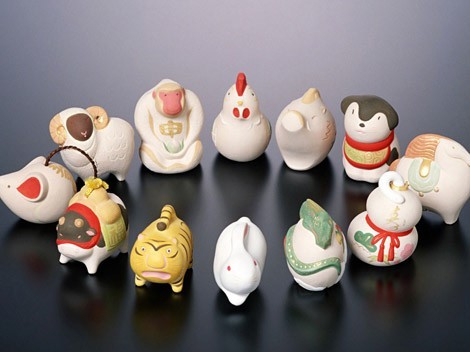 Shrouded in mystery are the origins of the Chinese calendar animals. Find out about the legend that surrounds them and the cultural implications of their innate symbolism.

The Chinese calendar is based on a twelve year rotating cycle. Each year of the cycle has been assigned an animal symbol that seeks to represent that year. Most people have generally heard of such terms as the “Year of the tiger” etc from China.

There are many legendary stories that try and explain how the unique mix of animals got assigned to the calendar years. The most popular of these stories has got to do with Buddha himself. There are two stories that are linked with Buddhism with regards to the Chinese calendar animals.

One of them says that Buddha held a feast for the animal kingdom and these twelve animals were the only ones to show up. Hence Buddha honored them by assigning each one as a symbol to represent a year in the Chinese calendar.

The other story involves some sport as it states that Buddha actually held a race between these different animals. This would make one wonder how come the year of the rat falls as the first year of the cycle. Well, legend has it that the rat was so smart that he rode all the way to the finish line on the back of the ox. Just when the ox was about to make it the rat leaped forward to take hold of the first position!

The characteristics of the animal symbols

The assigning of the animals also has meanings behind them. According to Chinese traditional belief a person born in the year of a particular animal acquires the behavioral characteristics of that animal.

This of course does not mean that one becomes a man eater if born in the year of the tiger. Rather Chinese philosophers and thinkers observed the behavior of the animals that make up the Chinese calendar animals and drew out the similarities that they bore with human behavior. Over the years their observations became finely defined character sketches of the animal of the year.

If we were to take the first animal of the cycle and analyze its character according to the Chinese tradition it would make things clearer. The rat is known for its quick wit and charm. People born in the year of the rat are considered to have a good and sharp sense of humor. They are also known to posses exquisite taste and are regarded as loyal friends. Curiosity and the tendency to become greedy are also present in the character sketch of the rat.

The tiger is another authoritative symbol of the Chinese calendar. Known to be self possessed creatures they are admired for their leadership qualities and high ambitions. Courage and warm heartedness are some of the virtues attributed to the people born in the year of the tiger.

This should give you a basic idea of the role that the Chinese calendar animals play in the Chinese society. The character sketches are far more elaborate and are till today taken seriously by a vast majority of the Chinese people.