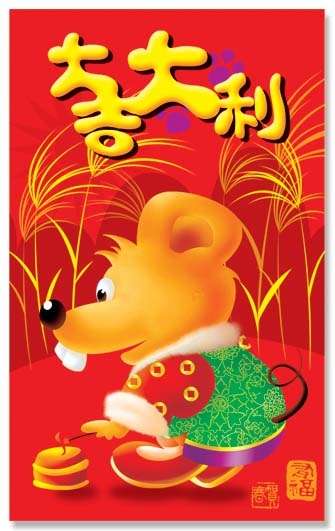 Discover the personality traits drawn up by Chinese philosophers about those individuals that are born in the Chinese year of the mouse.

The mouse is a potent symbol of the Chinese zodiac. More commonly referred to as the rat, this little creature is known to be the one with which the Chinese twelve year cycle begins. As legend has it the rat rode on the ox’s back till the finish where he leaped ahead and became the first one to arrive hence assuming the first position in the cycle.

There is great symbolism attached with the image of the mouse. Traditionally it has always been taken as a symbol of material prosperity as well as that of a protector. There are other qualities associated with this little creature such as order and aggression, charm and wealth, war and death and even atrocities.

The generalized translation of the Chinese word for mouse actually translates as “rat”. In fact to be more precise “rodent” would be the ideal term to broaden the understanding of this symbol.

The character sketch of the mouse

As has been the Chinese belief with regards to the zodiac signs that people born in the year of a particular animal tend to have the personality traits of that animal. Ancient Chinese thinkers and philosophers carefully observed the natural behavior of the 12 animals that make up the zodiac signs. Then they drew a similitude between them and general human behavior.

We find the Chinese philosophers to have considered the mouse to be a highly versatile and energetic creature that is very street smart. Having the ability to make its way around the obstacles that life may throw its way the mouse is known to have the ability to adapt to a changing environment.

When compared with human behavior a person born in the year of the rat is considered to be a crowd puller full of natural charm. This is a kind of person that everyone would like to be friends with. By themselves though, they are very peculiar about the friends that they choose.  They are very careful when sharing their trust with someone. This is all according to the observations of the Chinese thinkers and is subject to personal opinion.

Although charming upfront the mouse is a highly obstinate and stubborn creature. They will go the distance to have things their way. People born in the year of the rat are known to have good control over their emotions. They can use this quality of theirs for good or for bad purposes.

When it comes to playing mind games the mouse is considered to be a maestro. Dangerously calculative in its approach the mouse can stoop down to the level of cruelty if and when the need be. Intolerance, demanding, strictness and perfectionism are also other aspects of the mouse’s personality.

Although the mouse’s personality may have been defined by the Chinese philosophers it should be remembered that a man can build or break his personality according to his deeds and way of thinking.