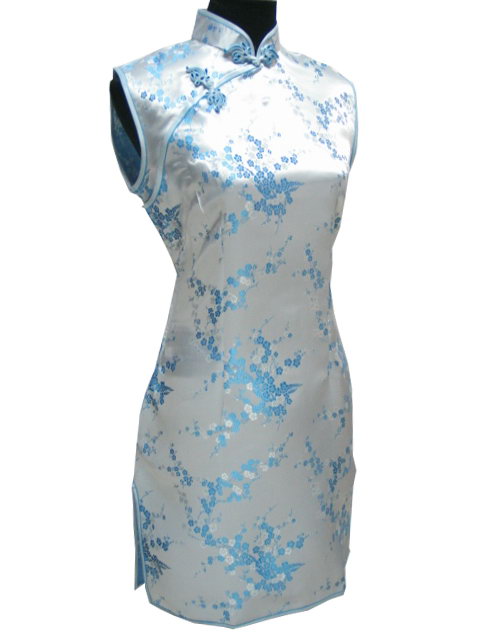 Interested in Chinese silk clothing? Find out about the discovery and development of silk clothing in China in our information guide.

Amongst the various things for which the Chinese civilization is credited is the discovery of silk. The Chinese have long made use of silk to create their clothing. The refined look and the feel of royalty that silk gives is unmatched by any other material whatsoever.

Chinese silk clothing has been present amongst the locals since the 30th Century BC. This is the time period during which the Yellow Emperor reigned over China.

There are many legends and folklores attributed to the discovery of silk in China. The most believable story is that silk was discovered by chance by a local woman while tending to her fruit garden. Soon enough the silk culture started to flourish in China. It began with silkworm farming which would go through many different forms to become the silk that is used as cloth for stitching up dresses.

Silk as a status symbol

The Chinese made use of silk for pretty much everything. From men’s ties to women’s blouses silk was the material of choice. Not everybody could afford silk clothing though. This was because cultivating silk was an extensive and expensive process due to which the cost of silk was high. Hence it was only the rich and elite nobility that could afford Chinese silk clothing whereas the poor would make use of hemp and ramie. As such silk became a status symbol in China.

Silk was far more popular with the women than it was with the men although the use of silk was common amongst both the sexes. Women could be seen sporting the cheongsam which was a one piece body hugging suite. This traditional Chinese dress is very popular in current times and is available in a wide variety of designs using silk as the base material.

The qipao is another traditional Chinese garment that was popularly made using silk. Initially this used to be a blouse like garment worn as an undergarment. With the passage of time it became a popular fashion trend. Today the silk Qipao is worn as a regular top rather than an undergarment.

When it comes to men the use of silk was prominent in the traditional Chinese robes. These robes would be worn over ordinary clothes and were reserved for special occasions. Traditional Chinese silk robes for men are still popular amongst the locals. Men can be seen sporting them on important occasions even today. The modern silk robes have however been refined to incorporate certain elements of contemporary fashion as well.

Spread of the Chinese silk culture

Once the silk culture kicked off in China it was hard to contain it within its boundaries. Over the years the Chinese developed the Silk Road through which they exported silk to other nations. As a result even the Romans picked up the tradition of making use of silk for clothing. Even after all these years silk is still considered to be a symbol of luxury and class. It was however the Chinese who introduced this unique fabric to the world.