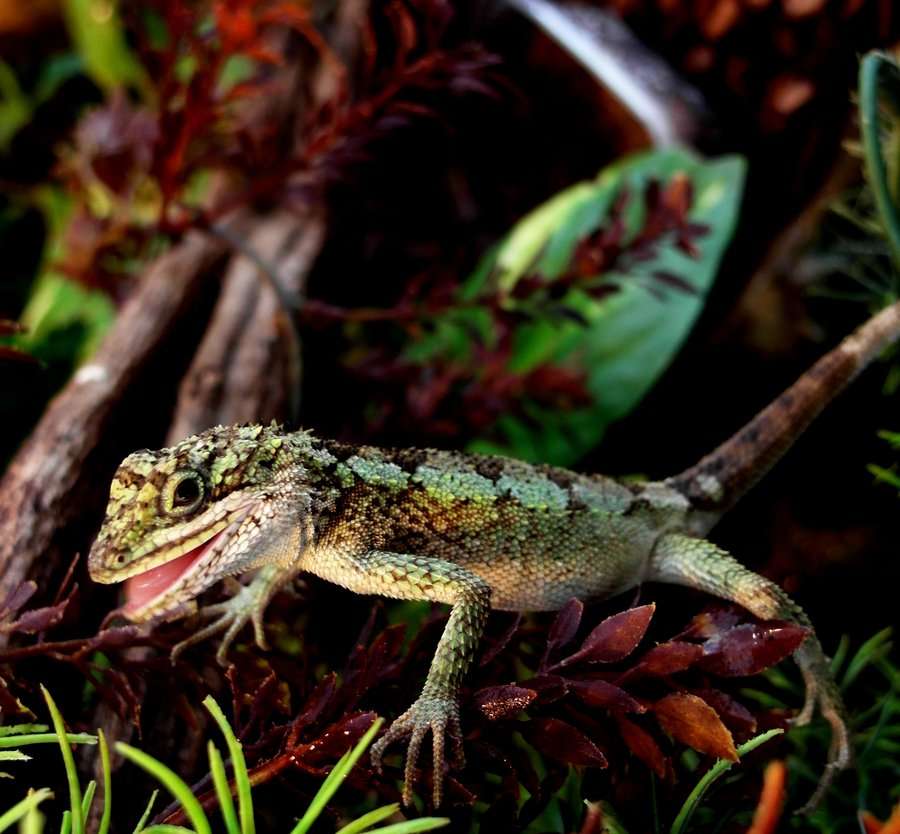 Known as the Gonocephalus abbbotti in the world of zoology the Chinese tree dragon has only recently attracted the interest of the world at large. This unique reptile which has only recently made its way into the U.S. Part of the lizard family is admired for its beauty.

The particular lizard family that this creature belongs to is known as the agamidae family. The Chinese tree dragon is classified to belong to the group of old world lizards. They are regarded as being cousins of the common house lizard.

Part of the agamide family they bare the defining features that are characteristic of the family. The Chinese tree dragon has a rather large triangular head and a long tail that can measure up to two thirds of the lizard’s body. They stand upon short legs and their paws are adorned with sharp claws that can be used to climb trees and dig holes. The lizard’s tail often breaks off during self defense but unlike other lizards they do not grow back.

The Chinese tree dragon is a meat eating lizard that lays eggs. One of the special qualities of the tree dragon is its amazing eyesight. This enhanced sense is coupled with the ability to change colors which allows it to camouflage itself in its environment.

The Chinese tree dragon is a native of southeastern Asia. It is also found in the island country of Australia. The lizard can range from ten inches in length to up to twenty four inches. The crest that they sport on their heads that extends all the way down to their tails bares resemblance to the water dragon.

The male is differentiated from the female by the large dewlap which often has spikes on its outer edge. The lizard has the ability to lower the dewlap. The legs of the male are generally longer than the female and so is the tail. The Chinese tree dragon is known to inflict a rather painful bite using its large mouth.

As the name suggests the tree dragon lives up in the trees and is usually found in mountain rainforests. The lizard is known to prefer heights to low undergrowth. They like to bask in the sun but need to live close to some sort of a water body. They only thrive in places that have the ideal temperature range for their healthy survival.

The Chinese tree dragon gets its daily source of essential nutrients by feeding on a wide variety of insects. The cricket, small vertebrates, mealworms and earthworms are a regular on the dragon’s menu. When the tree dragon is kept as a pet the owner will be required to make use of vitamin supplements in order to give the lizard its daily dose of essential nutrients.

Keeping the tree dragon as a pet will also require you to arrange for some sort of a water body for the lizard. It requires a humid environment and has the ability to breed all year round.