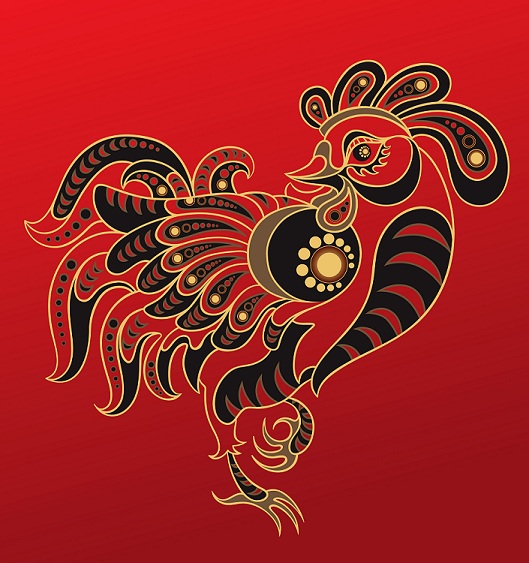 Born in the year of the rooster? Want to know what it means? Find out about the essential characteristics of the highly regarded metal rooster symbol of the Chinese zodiac.

The Chinese zodiac calendar is not only represented by symbols of twelve different animals rather each of the animals has a vibrant and colorful personality. The metal rooster is one of the strongest characters in the entire collection. The rooster is a silent type of character that is endowed with great potential strength.

The public’s perception about the rooster is that they tend to be quite eccentric. This is evident in the way they handle their relationships with other people. Although good natured in general it is the sporadic behavior and unpredictable mood swings of the rooster that give people the perception that they can strain their relationships with others.

Their outspokenness is another reason that can often contribute to the straining of relationships between them and the others. The rooster is known as a self centered individual. This however is also one of the reasons why the rooster is considered to be very brave and has the ability to face frightful situations. Rooster people are endowed with a bundle of other virtuous qualities that make them exceptionally capable.

When one observes the rooster at work we find it to be very hard working and that is a reputation that it works very hard to maintain. Rooster people don’t just leap into matters. They think before they take any action. In fact they are the kind of people that enjoy solitude as it gives them the chance to sit and think freely. Being alone does not however make the rooster feel lonely. They possess a deep quest for knowledge which they like to quench whenever they find the time.

The rooster can also be classified as a dreamer and a proud character that often has its head up in the clouds. Arrogance is one of the things that restrict the compatibility of the rooster. This arrogance of the rooster shines when it is in an environment that consists of others that are less capable than it self. Although gifted by nature with lots of potential talent the rooster falls short when it comes to appreciating others or making considerations for their short comings. This is what makes the rooster an intolerant character while possessing immense talent itself.

The Chinese philosophers have however identified the rooster to posses the highest level of intellect amongst all the animals. It is considered to be a deep thinker and possesses a very clear line of thought. There is no doubt in the thought process of the rooster and it is truly gifted when it comes to discerning between right and wrong.

This amazing intellectual ability of the rooster is further coupled by its high level of intuition which guides it in the right direction automatically. This quality of the metal rooster comes into play when it is faced with tight situations that require it to call upon its logic and problem solving skills. Introversive yet proud the rooster does not hesitate when it comes to making a move on the opposite sex.