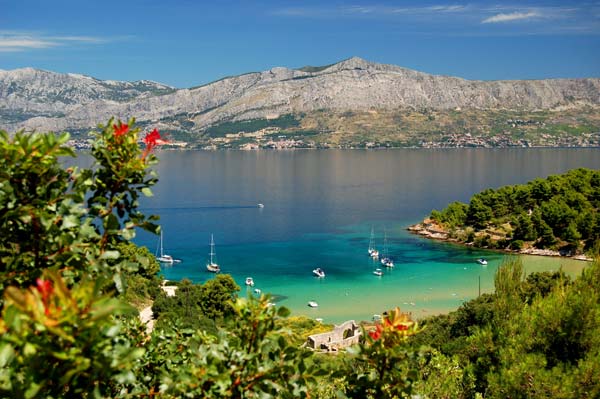 Croatia is also known as the “Land of 1000 Islands,” well-deserved due to its 1,185 islands. Out of all of them, only 66 are inhabited. This makes Croatia the perfect destination for anyone looking for a spectacular island holiday. Read our guide for more facts and information…

The Croatian coastline is truly one of the most beautiful in the world, due largely to its multitude of scenic islands. From any point along the coastline, you will be able to spot a number of lush, green islets. Most islands in Croatia are uninhabited, but there are a number of larger islands that have been developed and serve as fantastic holiday destinations for the intrepid island hopper.

The largest and most popular island in the Adriatic Sea is the impossible-to-pronounce island of Krk. Krk is also easily accessible, being linked to the mainland by a bridge, as well as having an airport for those who prefer air travel. Krk was conquered by the Venetian empire in the late 1400s, and remained a colony until 1797. Krk is certainly not the most beautiful of the Croatian islands, and if you are a traveler who prefers to avoid the crowds then you should probably give it a miss. However, there are a number of large resorts on the island that make it ideal for island hoppers who enjoy a sociable holiday, with luxury accommodations and organized activities available.

The Brijuni islands are a collection of 14 islands and islets, just off the coast of Pula. This archipelago is a national park, and therefore a protected environmental area. For many years, these islands were not accessible to the public as they served as the summer retreat for a number of high powered political officials from surrounding countries such as former Yugoslavian President Tito. It was only in 1983 that this natural masterpiece was freely opened to the public. The Brijuni islands are covered in lush, green vegetation and are a fantastic destination for the nature lover, with a multitude of natural wildlife including deer and wild peacocks.

After Krk, Cres is the second largest island in the Adriatic Sea. Although also popular with tourists, Cres has managed to maintain an atmosphere of solitude, and one can still visit without feeling overrun by other travelers. It is also easily accessible, being linked to the neighbouring island of Losinj by a bridge and just a short boat ride from the mainland. The island has a very Venetian feel, thanks to the many years of Venetian rule. One could be forgiven for mistaking the town of Cres for a small Italian village. With its mix of natural beauty and tourist facilities, Cres is a great choice for those seeking a Croatian Island getaway.

With the huge number of islands available to view and see in Croatia, a good way to explore them can be on a cruise or sailing holiday. There are many tour companies that specialize in island cruises, and this can be an idyllic means of island hopping in the Adriatic Sea.