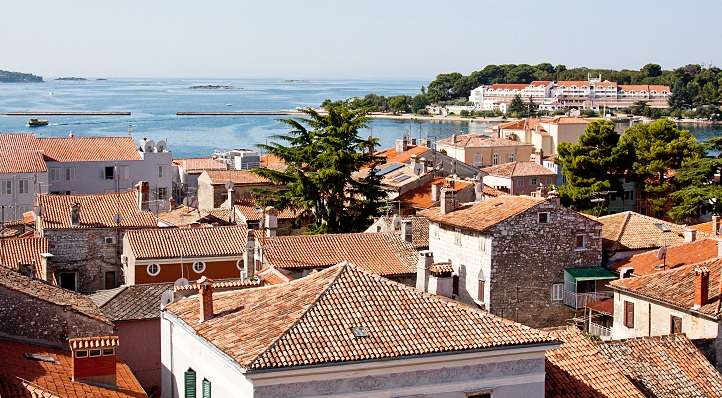 Porec (pronounced Por-etch) is located within Istria, in Croatia. It is a small town with a ton of activities if you’re looking for a holiday. Some Croatia Porec holidays are year-long events. Check out our guide for more information…

The History of Porec dates back to prehistoric times to around 800 BC., and was home to a tribe called the Histri. It has been under Roman, Venetian, Austrian, Italian, and finally, Yugoslavian rule.  Porec was part of Croatia in 1991 when it declared its independence.

During World War II, it was unlike some other parts of Croatia that were attacked, and over seventy-five percent of the houses were destroyed in the bombing that took place. It’s this long history that gives the town its historical sites and helps tourism prosper there.

If you’re looking for a holiday, Croatia Porec is a place that is will give you a holiday to remember. The center of tourism for Istria, it has several different places in town that will prove to be a great part to add to your holiday itinerary. It is a popular holiday resort, and has been named the top resort by the Croatian National Tourist Office.

Porec has two-man tourist areas. There are the bays south of town called Zelena, and Plava Laguna. They each have hotels, as well as shopping and other tourist spots situated around them, making them similar to small villages. Swimming and sunbathing is mostly done on Sveti Nikola Island, which is only a few minutes travel by boat.

The town has events all year long. For example,in  August  the Zagreb club Sirup will be hosting the Sirup Nation Festival. In September, the Historic Festival Gioistra will take place in Porec from the 9th to the 11th. These are just 2 of the many events in August, September, and all year long.
If sightseeing is one of your favorite things to do when on holiday, you won’t be disappointed in Porec. With its rich and long history, there are many historic buildings and spots in Porec  to see. The 6th-century Euphrasian Basilica is known for its gold mosaics. There is also Marafor Square, which was a Roman forum, the Parliament Buildings, and many more places to see.

Croatia
If you are looking for a family holiday destination, where blue waters meet white