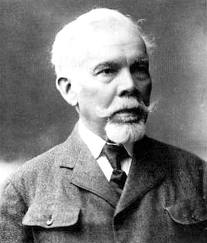 Despite being a small country, Croatia’s contribution to the field of physics has been considerable. In fact, Croatian physicists have been at the forefront of the field right from the early 16th century. Read on to find out about these famous Croatian Physicists…

Scientists scouring the skies in search of extra-terrestrial life and also ET enthusiasts who peer at the night sky through their telescopes owe it to Marin Getaldić’s pioneering work in optics for their instruments. Marin Getaldić was a physicist and mathematician who lived in Dubrovnik, Republic of Ragusa, Croatia during the mid 16th century. His work in the field of optics has helped build the enormous optical telescopes that have been the main instrument for many of the astronomical discoveries that have helped us understand the universe better.

Yes, it was a Croatian physicist, Vinko Dvořák who is responsible for the initial strides in acoustics that have allowed us to listen to high fidelity music today. Dvořák lived in Prague and Zagreb in the early 20th century. Dvořák is best known for his work in optics and acoustics. The discoveries attributed to Dvořák are the Dvořák-Rayleigh current, the Dvořák acoustic repulsion, and the Dvořák circuit.  Each of these discoveries led to the advancement to the field of acoustics. The high fidelity sounds that emanate from the ‘boom boxes’ today would not have been possible had Dvořák not made these important discoveries.

Vladimir Varićak worked on the theory of relativity and came up with variations to Einstein’s theory of time dilation. His work in hyperbolic geometry, in conjunction with the theory of relativity, is considered as a pioneering effort in this field. Varićak’s work has been used in space flight missions and has helped better understand the mysteries of space-time continuum.  Varićak was also a professor of mathematics and he taught in the University of Zagreb till his death in 1942.

The Croatian Contribution to Particle Physics

Stjepan Mohorovičić, who died in 1980 in Zagreb, was known for his pioneering work in particle physics. It was Mohorovičić who had predicted the existence of a positronium in 1934; a prediction that was later confirmed to be correct by actual observations of positronium in 1951.  The discovery of positronium has given physicists across the world a better understanding of quantum electrodynamics.

Ivan Supek was yet another Croatian luminary who studied under Werner Heisenberg and became deeply involved with quantum physics. During the Second World War, he was briefly interned by the Germans and that experience prompted Supek to leave the rarified environs of quantum physics and join the struggle against Nazism. In the field of physics, Supek is best known for his early work on low temperature electrical conductivity. Supek later graduated to philosophy and concentrated his life’s energy to the social and philosophical fields of enquiry. He was a long standing member of the Yugoslav Academy of Sciences and Arts and he remained politically active throughout his life, till his death in 2007.

The day is not far away when mobile phones will be charged by just keeping them close to an energy point. If that happens, it will liberate us from having to carry those tiresome mobile chargers. It will lead to standardization of mobile chargers worldwide. The man who will be responsible for this liberating technology is none other than Croatian physicist, Marin Soljačić, a professor at MIT whose work in short distance wireless energy transfer is in an advanced stage of experimentation.