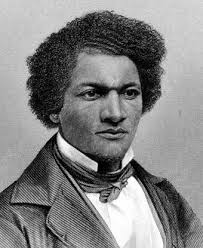 Denmark Vesey is one of the most famous African-American slaves. He was brought from the Caribbean to the United States. He purchased his freedom and soon after started planning what could possibly have been the largest rebellion by slaves in the United States.However, his plans leaked out and the South Carolina authorities arrested him. Others along with Vesey were tried, convicted of treason and then executed.

Vesey was regarded as a hero by many antislavery activists. In fact in the American Civil War one of the leading antislavery campaigners Frederick Douglass utilized Vesey’s name as a battle cry. This would motivate the African-American regiments. One of the most famous of these regiments was the 54th Massachusetts Volunteer Infantry.

In terms of the early life of Denmark Vesey, he was purchased in 1781. The purchase was made by Captain Joseph Vesey. The African-American slave was purchased from the Caribbean island of St. Thomas. This used to be a Danish colony in the 18th century. Vesey was known to have labored for a little while in what is present day Haiti, which was known as French Saint-Domingue . Later on he was moved to Charleston in South Carolina when his owner Joseph Vesey moved to the United States. As a youth he was kept as a domestic slave.

As fate would have it, on November 9, 1799, Denmark Vesey was named as a lottery winner. His winnings amounted to $1500 and with it he purchased his freedom. Following this Denmark Vesey started working as a carpenter. He was initially a Presbyterian, however, he went on to found a group known as  The African Methodist Episcopal Church  in the year 1816. The authorities managed to temporarily shut it down for two years in 1818. However, the authorities were forced to reopen it in 1820.

Since the church was closed and there was a lot of inspiration from the revolutionary activities of slaves in Haiti, Denmark Vesey started planning a slave revolution. This rebellion was planned for execution on Bastille Day, July 14, 1822. Word quickly spread across thousands of blacks throughout the Southern Carolina coastline. The aim of the plot was to free a group of slaves, slay their owners and then temporarily seize control of Charleston city. In order to escape retaliation Denmark Vesey and his comrades would sail to Haiti. However, two of the slaves who were opposed to the scheme actually leaked out the information to authorities. In total 131 men were charged with conspiracy to commit civil disobedience. A total of 67 men were finally convicted and of these 35 were hung to death. Those executed included Denmark Vesey.