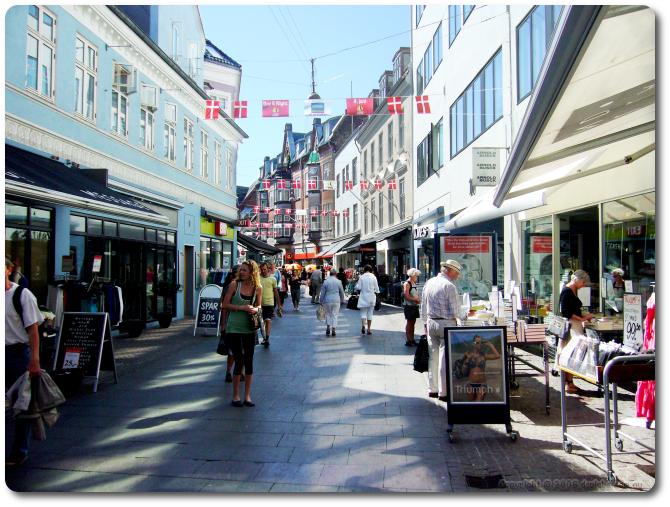 Visiting Aalborg Denmark? Read on for facts & information about the Danish industrial city of Aalborg which is now an education center…

The city of Aalborg is located in North Jutland in Denmark.   It is best known as the industrial town. According to the 2010 census the population is 123,432. This makes Aalborg Denmark the fourth largest city in the country following the cities of Copenhagen, Århus, and Odense. The historical records of the settlements in this area dates back to 700 AD.

Since this city was established near the Limfjord it became a very strategic harbour throughout the Middle Ages. Following this it evolved into a thriving industrial centre. In modern days this city has evolved from a working-class-based to a knowledge-based one.
With the present day evolution in knowledge and education, Aalborg has taken the helm. World-class institutions for modern education have been established in this area. From culture and science to business you can get a degree at the Aalborg University. The entire town focuses on providing amenities and services to students. Not only do students from all over the Denmark flock to make this their alma mater, it also has a large international student body.

For more than 1000 years it was considered a trading post. You can even see the burial sites of the two settlements and the large sizes are evident. It was considered a crossroads and mention of this town is found in a coin that dates back to 1040. The name of the town translates into the dwelling by the stream. It flourished as a town and in 1516 it was given a monopoly in herring. This linked it to the coast of England so it became a cultural and commercial competitive center. In World War II the Aalborg Aerodrome was captured by German paratroopers making it the first city ever to be captured by this regiment. This allowed them to reach other areas.

Geographically the city of Aalborg lies 120 KM north of Aarhus, 82 km north of Randers and just 50 km north of Hobro.
Towards its north it has a distance of 50 km from Hjorring, 63 km to its Northeast lies Frederikshavn and 90 towards its West is Thisted. To reach Copenhagen is a distance of 414 km and Germany is just 150 km away. You can reach Norway and Oslo just 340 km away using the Hirtshals-Oslo ferry service.

The region average high temperatures. Temperatures average high of  about 20°C and average lows of 12°C. However temperatures often hit a high of 25°C. It is very common to experience a heat wave during summer. Winters are not very harsh. Here the temperature goes as low as -3 and a maximum of 2°C. The maximum drop in temperature is rarely below 10°C. This makes it a very moderate coastal winter vacation spot. Spring and fall see the largest number of visitors in Aalborg it Denmark.

Denmark
Want to learn more about Danish cheese? Read our guide for a tasteful insight