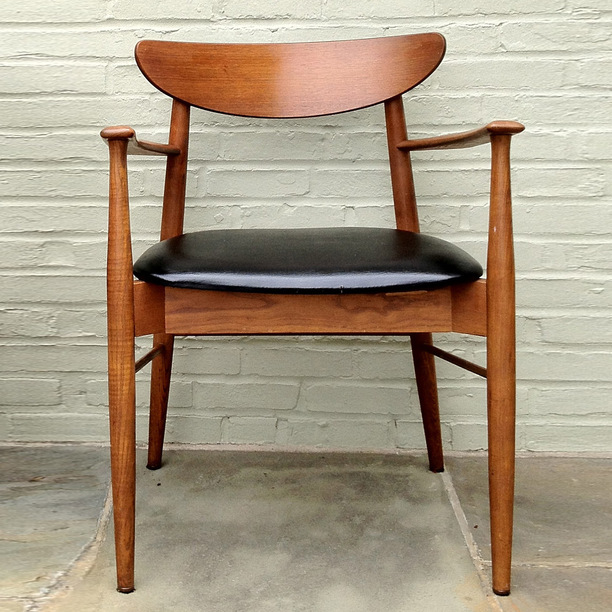 The tradition of Danish modern furniture picked up following the post war period and has gained worldwide recognition for its simple and elegant designs. Danish modern tables, chairs, dressers and desks are typified by their sweeping lines and extraordinary quality construction. This is the primary reason why you’ll still be able to find vintage Danish modern furniture in excellent condition even today.
Over the course of time many remarkable furniture designers have contributed to the collection of Danish modern furniture. One of the most renowned designers was Arne Jacobsen. In fact the designer himself was influenced by the works of Charles and Ray Eames who were considered to be the forefathers of this trend. This was during the late 1940s when the mid-century modern tradition was beginning to flower.

Designers like Jacobson introduced high utility stackable furniture and space saving items like the ants chair which featured three metal legs and was made using a single piece of molded plywood. These creations were to set the standard for Danish modern furniture in the years to come.

One of the most outstanding innovations from the mid-century modern collection is the Swan chair. This chair was actually introduced in 1957. The unique thing about this chair was that it wrapped the person sitting on it with a Palm like embrace. A fiberglass shell was used to create the interior of the chair whereas it was coated with foam rubber and a poster stretch fabric on each side. Another modification of this invention was the egg chair which was developed a year after the release of the Swan chair. This was considered to be even more comfy and space-saving than its predecessor.

There is however another side to vintage Danish modern furniture. This has to do with the sculptural approach that was initiated by a number of other renowned designers like Finn Juhl. According to this style the wood frame seats and couches were generally made asymmetrical. Some characteristic features of this style were the use of tongue-like leather flaps on the arms.

Yet another renowned designer that made a contribution to vintage Danish modern furniture was Hans Wegner. He is responsible for introducing the classic Windsor chair that featured a wider court seat complemented with a full and radiating back. However his greatest invention was the brown chair introduced in 1949 which also made its way into use by the US president.

The use of vintage Danish modern furniture is not confined to the interior of homes. Rather there is an extensive variety of office furniture designed according to these aesthetic sensibilities. Borge Mogensen is one of the renowned Danish furniture manufacturers involved in the production of all kinds of office furniture.

USA
Looking for American Girl furniture? Want to know about all the different styles of