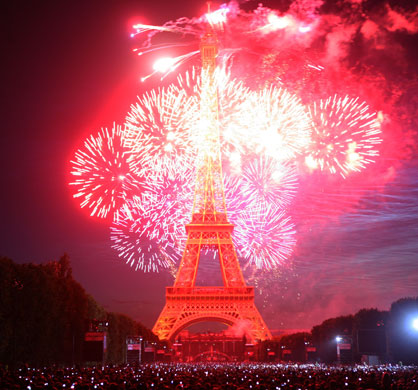 Unfortunately, banger fireworks have been banned in many parts of the world. To learn more about these kinds of fireworks, and those still in use in France, read our guide for more facts and information…

There are many different kinds of fireworks around the world. Banger fireworks are amongst the most plain of all fireworks. These are most popular in Europe as opposed to the Chinese crackers. These are simple fireworks that consist of a rolled tube with gunpowder in them and a fuse at the top. The fuse is lit and then thrown some distance away. After a short period the firework bangs, hence the name ‘banger’.

These fireworks are less popular than those made of flash powder (as opposed to gun powder) because their effects are fairly plain.  However, the banger is amongst the most powerful fireworks because all of the contents explode at the same time.

The most famous banger firework is perhaps the Jumping Jack. This firework jumps around once lit and thrown.

These have been banned in several countries, including the U.K. for several reasons. The most notable being that they can injure people if not used correctly. These are highly dangerous, especially if defective. And the noise that these cause have also made them very unpopular with some people since their major effect is the loud bang that they produce.

People planning to travel to France on 14 July for Bastille Day can expect to see and hear many banger fireworks on this national holiday. The French love to celebrate this special day in their history by putting on fireworks displays. The most famous fireworks show on this day happens in the evening around 9pm. There is a huge fireworks show put on around the Eiffel Tower, which is also specially lit up with many lights.

These shows are particularly popular along the French coastline. These shows also include pyrotechnics with very powerful sound systems. These are extremely large shows that combine sound with the lights and colours of the fireworks.