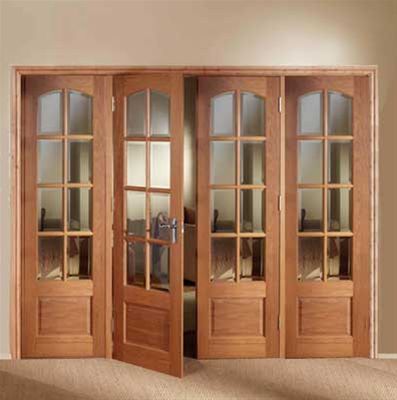 French door jamb kits contain pre-cut side jambs and a jamb header that are mortised for French doors to allow easy installation. Read our guide for more facts and information…

The door jamb, i.e. the rectangular frame which supports the doors, consists of two vertical side jambs, the jamb header on top and the threshold at the bottom. Hinges attach the door to the jamb, and a door handle mechanism holds the French doors in the closed position in the center. Pre-hung doors are popular today, as most of them come with the doors already joined to the frame, allowing for hassle-free installation. French door jamb kits come with pre-cut jambs that can be assembled on-site.

French door installation may seem complicated as it involves a double door jamb, but it is more or less similar to standard door installation. The only difference is that both the vertical jambs have hinges and there is no striking jamb in the middle, as the locking mechanism directly connects the doors in the middle. This feature may not favor security aspects, but lock technology has evolved and the availability of multi-point locking mechanisms and deadbolts make them practical for exterior installation. Pre-fabricated door jamb kits are sold as unassembled parts that are mortised to fit the doors exactly. Hinges are also included in the package, and are available in several types and finishes.

Jambs for exterior doors are usually heavier and bigger when compared to those for interior doors, in view of the higher degree of security and aesthetics involved in exterior jambs. Generally, the jamb header, i.e. the top horizontal bar that connects the two vertical jambs, has to be stronger as it is relatively longer than standard doors. Further, exterior door jambs require additional sealing and weather-shielding as they are exposed to the elements. The entire frame must be weather-proofed before installing the doors.

In order that the doors swing conveniently, the door jambs must be plumbed accurately. The task of plumbing can be somewhat challenging, given the wide distance between the vertical jambs. However, it can be done efficiently by using a four-foot level. After fine tuning the leveling, the jambs must be held in place using nails at appropriate angles so that the frame does not move. After this, the distance from between the vertical jambs is measured on the top and the bottom. If the measurements are equal, the framing is accurate and the doors can be mounted.

French door jamb kits greatly simplify the task of installing French doors that can make a bold and decorative statement in any home, while creating a sense of spaciousness in the interior and providing a safe connectivity with the exterior.