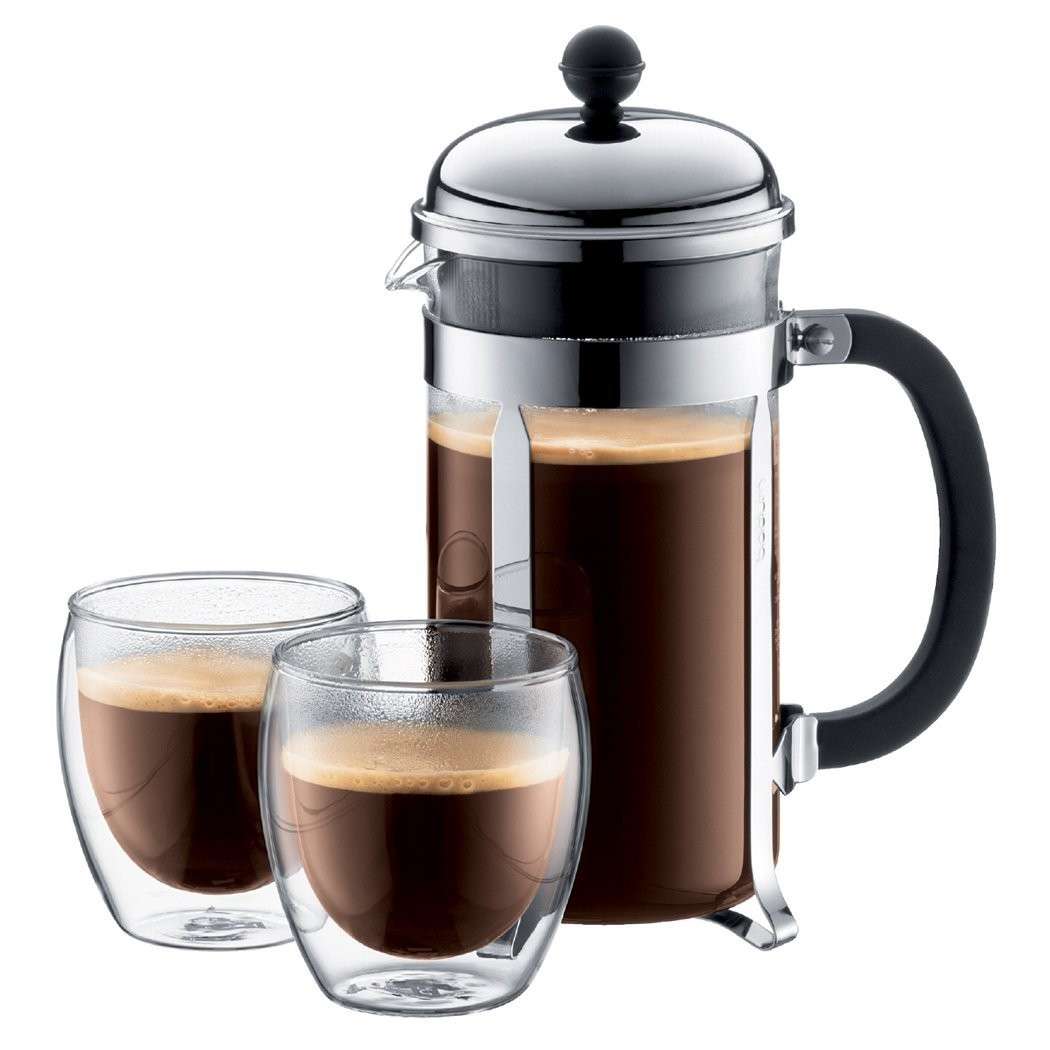 The French press coffee makers are a non filtered way of brewing coffee. Since there is no use of paper filters the brew captures a deeper more full bodied flavor because the coffee is in direct contact with the brewing water. In most normal drip brew machines the flavor and essential oils are trapped in the paper filters but since only a fine mesh is used in French press Coffee makers the flavor is considerably more intense. Invented in France in the mid 1800’s it was not until the device was patented by Attilio Calimani in 1931 that people started using it judiciously.

The simplistic design and the perfect temperature of the water used in brewing makes this apparatus a favorite of coffee lovers around the world. It is no wonder then that every other country has its own name for this marvelous equipment. It’s known as the coffee plunger in Australia and New Zealand while its called a Cafetière in Ireland and the UK.

The French press is made of three parts; a transparent mug made of glass or plastic, a lid and a plunger which is made of plastic or metal. This plunger fits tightly into the mug or cylinder. The plunger has a fine nylon mesh that filters the brew. Using the device is very simple which is one of the reasons for its popularity, yet it is known to give the most perfect coffee experience time after time.

The coffee used in a French press coffee maker is ground coarsely to prevent it from escaping through the mesh filter. The coffee made in a French press is served immediately to stop it from becoming bitter due to over extraction. For a really good brew you need to make sure that the coffee beans used are of a high quality and freshly roasted.

Once you have the coffee ready, you need to boil some water and take out the plunger part of the French press. The ideal mix for a good brew is two teaspoons of coffee for six ounces of water. Now add the coffee grind in the right proportion to the French press and once the water starts to boil switch off the heat and wait for a few seconds before adding the water to the coffee grind. This is done because you need water which is just a little off the boiling point since the best coffee is brewed at 200 degrees Fahrenheit.

Next close the lid after mixing the coffee grind and the water with a spoon. You have to let the coffee brew for exactly four minutes and then press the plunger down to release the freshly brewed coffee on the top and the coffee grind at the bottom of the cylinder below the plunger. And that’s all that there is to using a French press coffee maker to brew the most perfect and delicious cup of coffee.