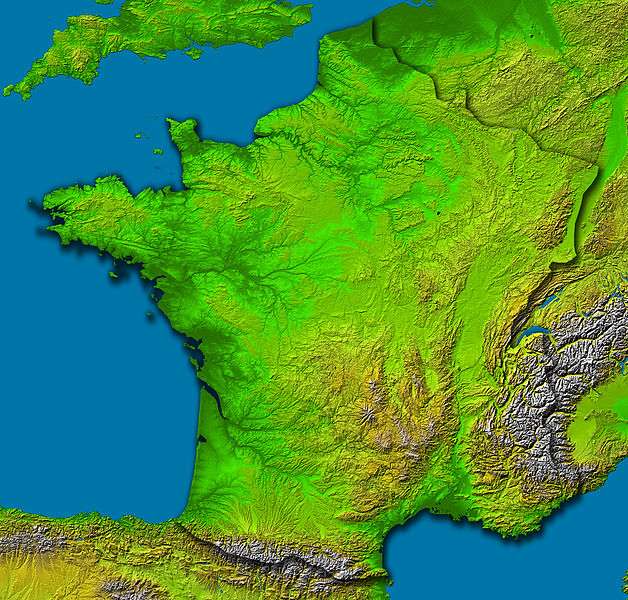 France has a long and extensive coastline consisting of 3,200 km. The coastal geography of France varies remarkably depending on the region of France, as does the climate in France. In the north of France the beaches of Normandy are separated by extensive white chalk cliffs. The western coast of France consists mainly of fine and sandy beaches while the coastline looking onto the Mediterranean in the south is rockier.

Mainland France is drained by five major river systems. The River Loire, which is the longest river in France, runs for a total of 1020km from the Massif Central in the heart of France to the Atlantic Ocean. The River Seine, which runs from Burgundy to the English Channel and passes through Paris, is 775 km long. The River Rhone links the Alps and Lake Geneva with the Mediterranean running through south west France. The Rhine forms a natural border for 200km along the north west of France and empties into the North Sea. The River Rhine and its smaller tributaries are responsible for draining much of north eastern France.