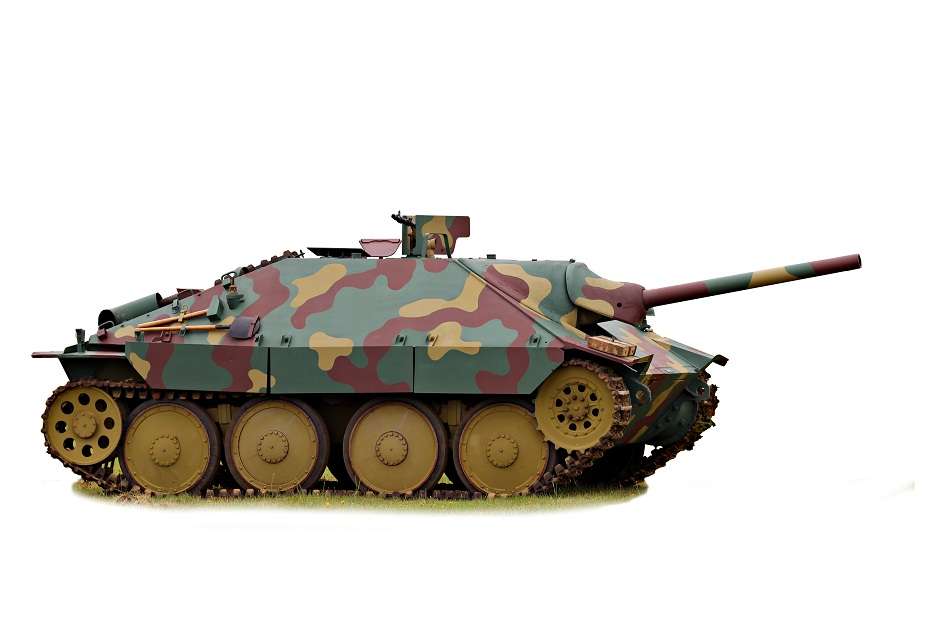 The German tank force utilized in World War II would never have seen the light of day if it had not been for the persistence of one German officer. Heinz Guderian’s ideas had never been allowed to flourish by the strong conservatives of Germany and it was not until 1933 that Adolf Hitler took interest in his designs and was convinced that tanks could have immense potential.

Having received the go-ahead from Hitler himself, Guderian started the production of the Panzer force that, along with the German Air Force, would one day be the cornerstone of the Germans’ much feared Blitzkrieg attacks.

This was a light-armored tank that was actually meant for training purposes. Over 1500 of this 6 ton tank took part in the Blitzkrieg invasion of Poland in 1939 but once the German forces started to advance further, they were either  deployed in Poland or Germany as, by that time, the Germans had realized that they had too light an armor for frontline battle.

Produced in the 1930s, the Panzer II was another light tank that, despite being intended for training purposes , was an essential part of the invasion of Poland and France. Around 1000 Panzer IIs also took part in the invasion of Russia, although it was, more or less, obsolete by that time and its 20mm main gun and 0.3” machine gun were not exactly the most useful of weapons.

A total of 15,000 of this 22-ton tank were ever produced. Though not really used during the invasion of Poland, the production of the Panzer III, the first of the medium tanks, was boosted once World War II commenced.

Armed with a 37 mm main gun at first, the Panzer III’s weaponry was almost immediately upgraded at the start of the war, with a much more powerful 50 mm gun added to it to bring it at par with the Soviet’s T-34 tanks. Later, this was taken up to a 75 mm gun but the production of the Panzer III was abandoned in the middle of 1943.

This was the last of the medium German Word War II tanks and arguably the most effective. With a 75 mm main gun, excellent armor and a nimble chassis, it came as no surprise that the Panzer IV was the main German tank for the entire duration of the war.

Guderian, too, had identified the Panzer IV as the most effective of his designs but this time he was not able to convince Hitler, who was hell-bent on the need for heavy tanks, forcing a stop in production of the Panzer IV.

At Hitler’s behest, heavy tanks were introduced to the World War II German tank force. Together, the Panther, Tiger and King Tiger should have been enough to annihilate any enemy force but the fact remained that there were various problems with all of these otherwise undoubtedly effective German World War II tanks.