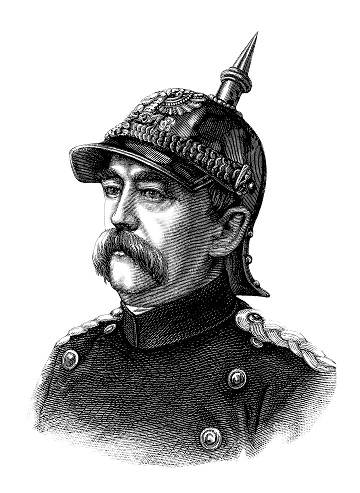 The Imperial German Army that lasted from 1871 to 1919 constituted several Regiments, and the army officer dress uniforms of each unit was typically the ÃƒÂ¢Ã‚â‚¬Ã‚ËœDunkelblau’, with variations and details portraying the prestige of the military profession.

The army is invariably a prestigious and powerful organization of a country and its services to protect a country are invaluable. Until the 19th century, armies used bright colored uniforms with impressive designs as they were thought to dispirit the enemy and allow easy identification during fogs, besides fostering cohesion of each unit. However, much later, camouflage uniforms became popular as they merge with natural surroundings and confuse the observer. During the imperial period, German Army officer uniforms went through some changes, though it is commonly referred to as ‘Dunkelblau’ (dark blue).

The army officers’ uniform comprised the traditional arm-of-service colors as lapel facings and shoulder straps with piping. The piping was of gold or silver braid depending on the rank of the officers. Shoulder straps had monograms of the home state made with white metal or brass. Army tunic buttons, emblems on belts, state colors, swords and sword knots were among the insignia in an officer’s uniform. The Schutztruppe home uniform was standard for all colonies in 1896, and comprised of a field grey tunic. The piping consisted of colony colors, and a collar in colony colors and a silver double Litzen lace. Officer’s shoulder straps were black, silver or red braid having pips to display the rank. Most uniform tunics had the rear-skirt formation.

The German Feldgrau, released in 1910 was meant for field use, though the old Dunkelblau uniforms were retained for other occasions. It was made of a green-grey fabric called Tuch and was piped round the collar, front, cuffs and flaps. Slip-on shoulder straps were piped in Army corps colors. The Bluse, introduced in 1915 had a looser cut, and was without any piping. It had barrel cuffs and a stand and fall collar in apple green, with rounded corners and secured with hooks. Vereinfachte Feldrock, introduced around the same time had simple shoulder straps.

The Chevaulegers regiments wore a tunic called Waffenrock, in steel green color with collars, cuffs, piping and shoulder straps in regimental color. They resembled the Ulanen, a double-breasted uniform of 1843. The Purssian Waffenrock was introduced in 1842, and was worn by most of the German foot units. The Feldgrau or field grey tunics were introduced around 1907 to 1910.

Cockades, the traditional head gears, were a characteristic feature of imperial army uniforms. Large cockades were worn on the right side of the Schutztruppe Sudwester hat and had serrated edges, while small cockades were usually worn on the front of caps. The Sudwester not only shaded the eyes from the sun but it served as a pride for German Army officers.  Footwear used by the army officers were sturdy, such as the Prussian Dragon riding boots made of brown leather. Officers wore riding boots, short boots and leather gaiters.

The uniforms of the Imperial German Army officers reflect on the military glory of the past as well as the present. With changing technologies, there have been vast changes in the uniforms, tactics and weaponry, though interesting uniform prints from the past centuries are still retained for historical importance.