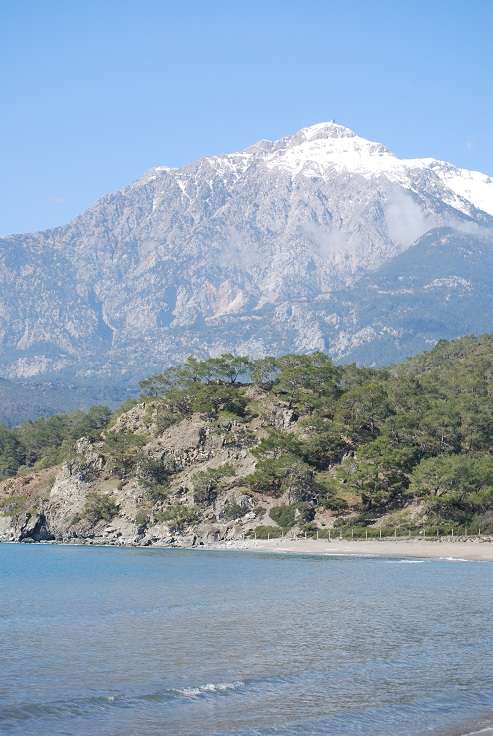 For the tourist to Greece, there are many beautiful attractions but very few can beat the magnificence of Mount Olympus

Legend has it that Mount Olympus in Greece was the ancient home of the Gods and the famed ‘Throne of Zeus’.

Only 100 Kilometres from the large and vibrant City of Thessalonica, Mount Olympus boasts the highest peak in Greece and forms part of a range of mountains consisting of eight peaks.  In 1937 Greece declared Mount Olympus and its surrounding area its first National Park.

Attracting many thousands of visitors throughout the year, Mount Olympus is one of the most sought after attractions of Greece for many reasons. This majestic of mountains, Olympus not only lures the intrepid climber, keen to tackle or even conquer, the highest peak in Greece, it has a magical pull for those seeking to sense the ambience, redolent of the ancient Gods of Greece and share their ancient religion.

There is an abundance of flora and fauna to tempt the visitor to this unique area of Greece. Cloaked in dense forest of pine, oak, beech and cedar trees, Mount Olympus has over a thousand different species of plant, some of which are unique to this part of Greece and for those travelling the ancient paths, watch out for the wolves, bears and lynx who inhabit this lovely Park.

For the keen hiker, there are exciting treks from one mountain village to another where they will find a warm welcome and their hunger can be assuaged when tasting the wonderful cuisine of Greece in this traditional area in Olympus.

When visiting Mount Olympus it is essential for the energetic traveller to head for the mysterious area of Zagoria where they can climb to the highest village and see amazing stone arches and bridges dating back to distant Centuries denoting their long and ever developing history of Greece.

The visitor to this part of Greece, cannot leave Mount Olympus without visiting ancient Dion which lies at its foot and is north of Lithoro. Dion is an exciting archaeological site with a wealth of finds to dazzle the visitor such as the superb ancient mosaics and an ancient theatre. A good time to visit this area in Greece is August, when many flock to the Festival of Olympus.

Greece
Planning a trip to Greece and thinking of visiting Athens? The following article may

Greece
Tips on body language and meanings in Greece. Body Language Projecting your hand with

Greece
Travelling to Greece on business or to invest in a property? Get some information

Greece
This year Greek Easter coincides with the Latin Easter on the 4th April 2010.