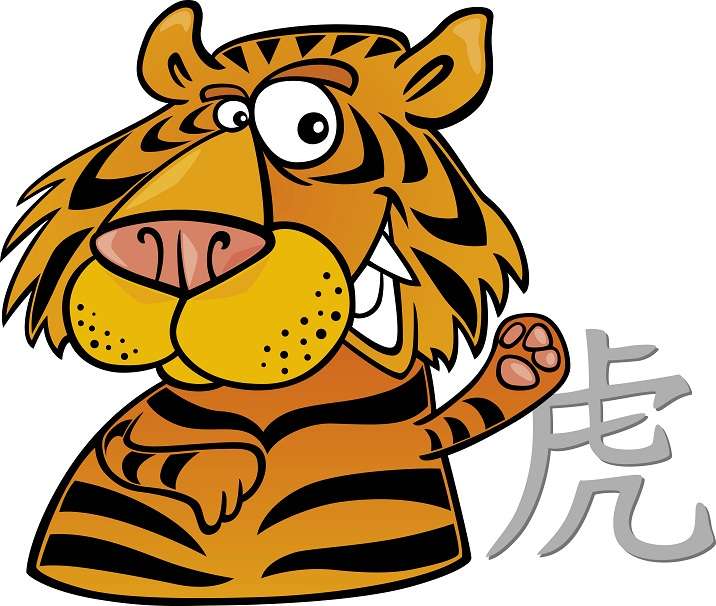 The Chinese zodiac sign of the tiger has a dominating personality that is admired by many. Find out about how the Chinese view people born in the year of the tiger.

The authoritative tiger was the third to finish the race that determined the order of appearance of the animals in the Chinese zodiac calendar. According to popular legend the twelve animals were summoned and set off on a race by Buddha and that is how they came to be the chosen ones to represent the twelve year zodiac cycle.

The tiger’s personality is highly unpredictable. On the one side it is brave and likes to assert its control over things while enjoying competition. On the other side they have quite a romantic streak and are more than willing to take on any sort of challenge for the protection of their loved ones or its own honor.

The tiger knows its own potentials. This is one of the reasons why it is always confident when it takes up a challenge. They know exactly how well they will be able to perform but of course at times circumstances don’t favor them. The tiger appears to be outwardly calm but on the inside it is ever ready to pounce on anyone if the situation calls for it.

Those born in the year of the tiger are considered to be natural born leaders. When they begin to lose control of things however they begin to show their stubbornness and refusal to give in to a higher authority. Although tigers are regarded as being generous they have a selfish streak that sometimes overrides their generosity.

The Chinese philosophers have also recognized tiger people to be very intelligent. They are generally very well aware of their surroundings and display a high sense of alertness. Their confident personality makes them rather charming individuals which makes others appreciate them. One thing about the tiger is that although it likes to be the authority it is neither the hunger for money or power that drives it to do so. Rather it is in its inherent nature to want to be in control of things.

When the tiger people have work on their hands they like to jump into it headlong without giving themselves a break. This often leaves them exhausted although they have a high level of endurance and are generally committed to the task. Once they regain their strength however they pounce right back at their work. In the long run however such an approach has a negative impact on their health.

If tiger people do not feel challenged they can get easily bored. This is one of the things that makes them career drifters. However in the tiger’s life this is not such a big problem because it has the inherent qualities that easily enable it to master new subjects and excel in a new field.

Any line of career that has a path that will enable them to reach to the top is good for the tiger. Fields like advertising, writing, flying and other positions of management have been identified to be best for those born in the year of the tiger.