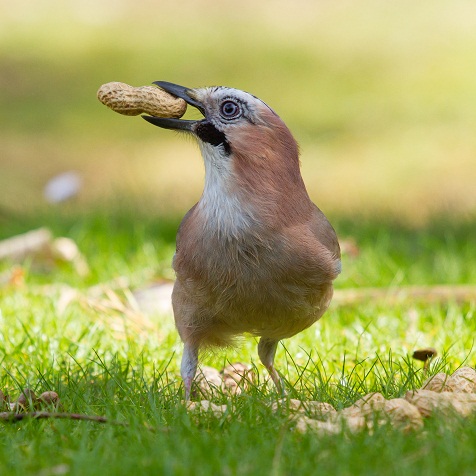 Hungary is perhaps one of the best destinations to go bird watching in Europe. Despite its average size, the geography of Hungary boasts a diversity of landscapes and terrain in which to enjoy different types of bird watching. Hungary is believed to be home to nearly 400 different species of birds making it a top bird watching destination. In addition to the rich variety of birds that are indigenous to Hungary, the location of the country in central Europe means that it is ideally positioned in the middle of the path of several migratory routes taken by birds each year. Below we’ve mentioned a few of the interesting species of bird you can see in Hungary as well as the best places to spot them.

Although Hungary is said to have some 373 different bird species nesting within its borders, there are a few that are most sought after by bird watching enthusiasts in Hungary. There are thousands of Great White Egrets with their majestically long necks, white feathers and long yellow beaks. Hungary is also home to the Spoonbill which gets its name from its unusually shaped bill that resembles a spoon.  Lucky bird watchers in Hungary will also have the opportunity to spot the native Red-Footed Falcon sporting its regal black and white feathers and its awesome wing span.

Bird watching fans hoping to go to Hungary will be pleased to know that there are several species which are endangered elsewhere that are currently still surviving in Hungary and can be seen by birding fans.  Perhaps the most famous is the Imperial Eagle which, aside from being the national bird of Hungary, is a breath taking sight to behold.  Slightly smaller but no less beautiful is the White Tailed Eagle which in combination with the Saker Falcons and Great Bustards comprise three of the most special endangered species that bird watchers in Hungary should try to spot.

Hungary plays host to several different species of bird on their annual migrations from north to south in winter and vice versa in summer. The best months in which to come to Hungary for migratory bird watching are the spring and summer months although May is believed to be particularly good.