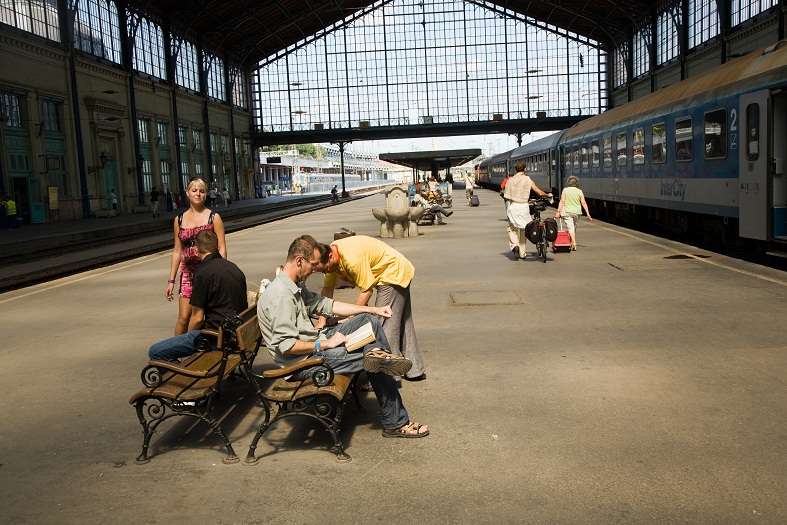 Are you going on holiday to Hungary? Would you like to know how to travel around Hungary using the trains? Our guide to trains in Hungary gives you the facts & information you’ll want to know.

Hungary has a well developed public transport system, of which trains, in combination with buses in Hungary, form the backbone.  Trains are probably the most preferable means of travel in Hungary for journeys between two cities. There are currently more than 8000km of train track in Hungary that are utilised which gives some indication of the extensive train network that exists in Hungary. Despite the fact that the bulk of the existing railway and train network dates back to the Soviet era, trains in hungry are reasonably comfortable and efficient.

Every city and practically every major town in Hungary has a train station which connects it to the rest of Hungary. The way that the railway system has been designed in Hungary is that Budapest acts as a connecting hub for all areas in Hungary, so often one has to pass through Budapest even if ones destination is not particularly near to Budapest.

Travelling by train in Hungary is relatively cheap, provided you are travelling second class. In fact it’s probably slightly cheaper than travelling by bus which adds to its appeal with Hungarians and foreigners alike. Train stations in Hungary sell one way and return tickets for all journeys.

Most train stations in Hungary have left luggage bays which are reliable, and many of which are open 24 hours a day. Bicycles are allowed on trains in Hungary, although you should check to see if the train is equipped with a special bicycle carriage. Even if the train doesn’t have a bicycle carriage you can still take your bicycle on board, but you have to ride in the first or last cabin.