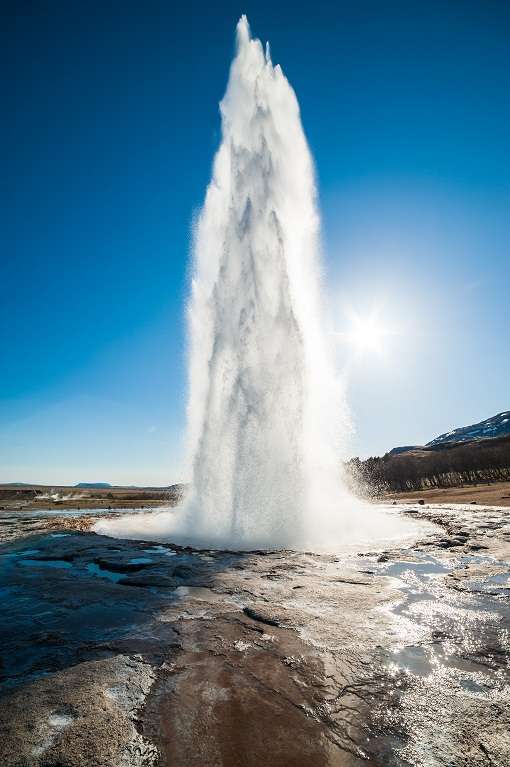 Want to gain an insight into some key facts of Iceland? Then read on!

It would be accepted fact that, with so much beauty in Iceland, there are four National Parks but a less known fact that, because of the unique geological base of this country, tourists from all over the world come to see the spectacular sights. In fact, with 24 hours of daylight in the summer time in Iceland, it is easy to see why so much can be packed into a short space of time.  Although fact that the tourist season in Iceland closes down in the hinterland in winter which becomes a hostile uninhabitable place with barely any daylight, it is another fact that some tour operators do limited tours from Reykjavik.

It is a generally known fact that Iceland is a geologically young country, but not a generally known fact that Iceland is situated over the Mid-Atlantic Ridge, a fault line, causing much volcanic activity. Few would know the fact that, between 1783 and 1784 Iceland experienced an enormous volcanic eruption that decimated almost a quarter of the population.  An even greater fact is that the ensuing dust clouds covered most of Europe and even extended into parts of Asia and Africa.

It is a fact that one of the advantages of the volcanic activity in Iceland is the harnessing of geothermal power thereby providing low cost energy to the people of Iceland.

Many would be surprised at the fact that Iceland is part of Europe and amazed at the fact that, Iceland controls the youngest island in the world Surstsey, which rose out of the waters around Iceland in 1963 after a series of volcanic eruptions.

Most people would not know the fact that the only mammal indigenous to Iceland is the Artic Fox who migrated over the frozen wastelands at the end of the last ice age. A further fact little known, there are no reptiles or amphibians indigenous to Iceland and few species of insect compared to other areas of the World.