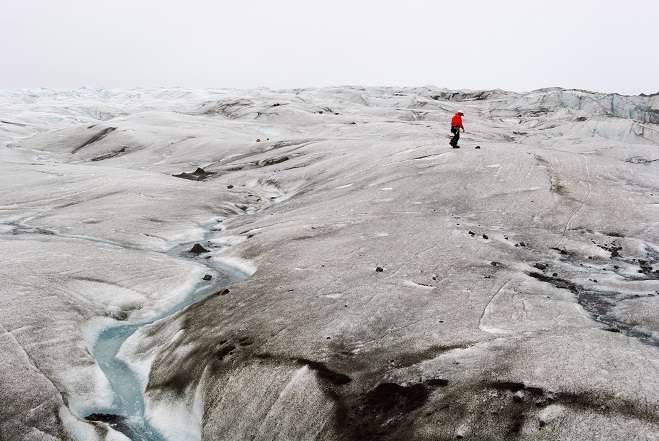 Iceland is a great place to spend a winter holiday, explore the countryside and the capital city, Reykjavik. For ideas on short Icelandic winter breaks read our guide for more facts & information…

The aurora (also called Northern Lights in Arctic regions) is a spectacular light display in the sky which occurs primarily in regions near the Arctic and Antarctic circles. Iceland is located near the Arctic circle, this has made it a tourist destination for Northern Lights viewing. Many people choose wintertime to view the aurora, because winter nights are darker, thus a brighter light display.

Probably the most common aurora colour is green, but other auroras can be red, orange, blue and purple. The lights have an enchanting glow that lights up the sky.

Aurora formations can be horizontal and curtain-like. Other auroras may form into tornado-like vertical columns.

You can warm up in the spas in wintertime. The waters of Blue Lagoon spa, which is one of Iceland’s most popular tourist attractions, always remains warm no matter the temperature. You can relax in the mineral-rich warm waters of Blue Lagoon, and then undergo skin treatment. Visitors can also get a soothing massage. Blue Lagoon has a restaurant to wine and dine in, and a café for snacks.

In wintertime, some tourists may like to journey into Iceland’s largest city and capital, Reykjavik. The city has a population of 110,000 (200,000 in Greater Reykjavik Area). That’s pretty small for the largest city of a country, especially when the city, together with its suburbs, has a huge chunk of the country’s total population. However, the city lights up during Christmas and New Year’s Day with fireworks and celebrations. On some guided tours, a tourist could join in and feast. There are many places in Reykjavik to shop for Christmas items, like the Perlan located on a hill.

In Reykjavik you can visit the National Museum of Iceland, Reykjavik Art Museum; and Árbæjarsafn, which is dedicated to the early settlers of Reykjavik.

Away from Reykjavik, you can visit the national parks for a winter holiday in Iceland. Thingvellir National Park is a popular destination for tourists visiting Iceland. It is a UNESCO World Heritage site. Iceland’s largest natural lake, Thingvallavatn, is located in Thingvellir. The national park is also home to Althingi, the oldest parliament in the world.

You can go visit the Seljalandsfoss waterfalls. Not famous because of height, (200 ft) but because it is picturesque. One can even walk behind the waterfall (the actual stream of water flowing from the cliff). This is because the top of the cliff extends outwards, thus, the space between the base and the waterfall. Seljalandsfoss has a fountain-like appearance. In winter, the cliff is blanketed with snow and long icicles form around it.

Svartifoss is another waterfall a tourist could visit. At just 80 ft, it’s a waterfall known more for its picturesque cliff, and not height. The cliff has stunning basalt columns which form in thicker layers closer to the top. In winter, long icicles hang from the basalt columns.

Tourists can embark on dog-sledding or snowmobiling journeys for a winter holiday in Iceland. Snowmobilers can zip through areas with open, snow-covered terrain and not see a tree nor shrub in sight. This can also serve as an adventurous means of transportation to other tour destinations.

One can engage in glacier hiking during their Iceland winter vacation. Hiking paths may pass through jagged landscape that has wave-like crevasses as obstacles. A holiday goer might choose to hike up Iceland’s tallest peak, Hvannadalshnjúkur; or Mount Esja, where one can get a nice view of Reykjavik.