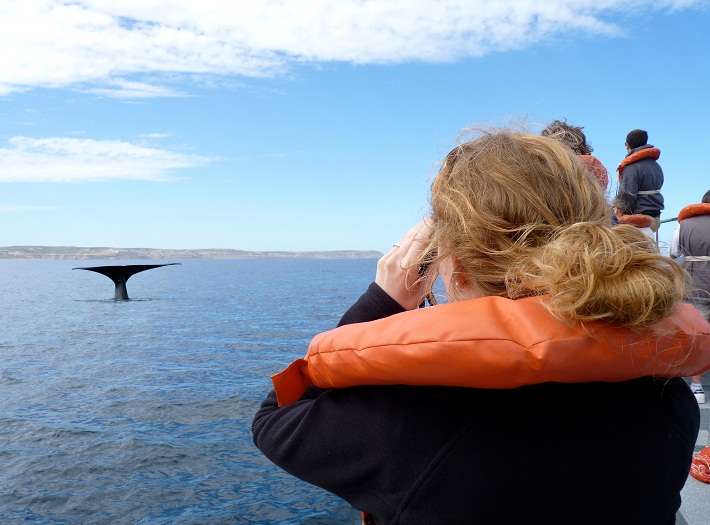 Various species of whales are frequently spotted off Iceland’s Northeast Atlantic coastline. This has made Iceland a destination for whale watching tours. Read our guide for more facts & information…

The size of these mammals are amazing. It’s not every day you see large creatures like these (unless you work with whales) in their natural habitat. That’s why many tourists come with their video cameras to record these colossal creatures of the sea. Going on a whale watching holiday at sea gives you an authentic experience you might not get at an aquarium. You get to see the whales in their natural environment.

The marine mammals that can be spotted off Iceland’s coast are fin whales, pilot whales, sperm whales, blue whales, porpoises, killer whales, dolphins; and probably the two most common, humpback and minke whales. Humpbacks and killer whales are more curious about their environment; thus they are more likely to swim closer to the boat, and stay at the surface longer.

A feature of the whale watching experience at sea is the rolling and acrobatic movements the large mammals make. In addition to enjoying the sights of these marine mammals, whale watchers might hear the sounds of the whales, which can add to the experience. Whale watchers in closer distance to the whales might hear the clicking noises they make; and the sounds of the large creature’s movements in water, like when the flippers splash the surface. The sounds whales make, such as the clicks and the high pitch sounds, can be rather eerie.

Another feature that can be seen is the whale spouting water from its blowhole.

You can go on a whale watching tour and enjoy more than just the whales. You can enjoy the great setting of your journey. In many areas of Iceland’s coastline, instead of trees, you’ll see snow-capped mountains and the cliffs of the fjords that look picturesque. You can bring back whale pictures that have a picturesque coastline in the background.

On a bright sunny day, you might see the sun’s golden reflection on the surface of the calm and tranquil sea. This might add another aesthetic aspect to the setting.

The Whale Watching Experience at Sea

Whales don’t have any schedules for where and when they will pop up to the surface. Neither are they going to think, “Oh look, people have arrived; let me show off for them!” It can take some time before you see whales emerging to the surface; but if it does, every moment can be cherished by the whale watchers, many of them with cameras. However, not every whale watching trip ends in a success. Foggy and rainy weather could be negative to a whale watching tour, because the whales become harder to see, and to keep track of their movements, especially if the seawater is waving. One moment you see a disturbance in the water and you think it’s a whale, the next moment you realize it’s nothing but literally, a “disturbance in the water” and not a whale. Sometimes all you get is a dorsal fin.

The waters off Iceland’s 4,970 km coastline are a habitat for many whales. Whale watching contributes a significant portion to Iceland’s tourism economy. Two popular hubs for whale watching holidays in Iceland are Husavik, situated off Skjálfandi bay; and the capital city, Reykjavik, at Faxafloi bay. You can find many boats at Husavik’s small harbour filled with people embarking on a whale watching journey. Whale watching has a large presence in the small town of 2,300 people. The town also has a whale museum.

Other Activities of an Icelandic Whale Watching Holiday

Whale watching holidays are sometimes planned ahead in accordance with the seasons. In Iceland, a whale watching season could last up to 7 months. Starting and ending months are not exact, it depends on the tour operators. Some tour operators have their seasons last April – October, while others may have theirs May – September.