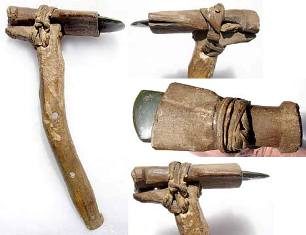 Interested in Indian relics? Want to learn how to identify genuine relics from India? Read our guide for more facts & information…

Relics are widely believed to be a personal item or objects which have significant meanings and are preserved for the sake of memory. No doubt that relics play a very crucial role in many religions such as Hinduism, Christianity, Shamanism, and Buddhism. It needs no saying that learning about the various relics of the ancient times and attempting to understand them will help us admire our ancestors with awe. Native Indian tribes lived an enthralling life and we can witness a portion of it via the invaluable Indian relics collected and preserved in the handful of places around the world. Their culture, lifestyle, and the custom continue to intrigue the ones who care to go the extra mile to collect facts.

If you have been looking for reliable sources to gain knowledge about the gist of the categories that can be included under Indian relics then search no more as you have reached the right place. On a general note, identifying the Indian relics begins with the knowledge about the possible options that can be included under them.

For instance, arrowheads, Native American pottery, sacred bundles, medicine bag, and most importantly, the Totem pole are few of the first thoughts that cross our mind relevant to the Indian relics. Some of the other simple Indian relics are prayer stick, basket, Caddoan village bundle, smudge stick, peace pipe, and charm stone (containing healing powers and paranormal energies).

Apart from the above mentioned, a few noteworthy Indian relics are dreamcatchers which are believed to have the power to filter bad dreams and allow you to have only pleasant ones and the ghost shirts which were worn by the Native Indians as they were supposed to possess the spiritual powers which guarded the wearer from bullets. The soul catchers are quite interesting as the individuals suffering from long sickness wore this as a necklace and went into spirit worlds to seek the helper spirits. The Hopi kachina dolls represents the various forms such as water, ancestors, the sky, Earth, corn, and many more powers as believed in the Hopi religious life.

Shopping for the Indian Relics

It has not become a tough task to find the precious Indian relics which you had been wishing to own, thanks to the windows wide open for online shopping. It will hardly be a matter of minutes for you to know the possible options to purchase Indian relics. You can get a step further and compare prices and look for the genuine ones based on the experts’ reviews. The list of Indian relics is endless which will also include Wiigwaasabak, Zuni fetishes, Chanunpa, Hair drop, Wampum, and so on.