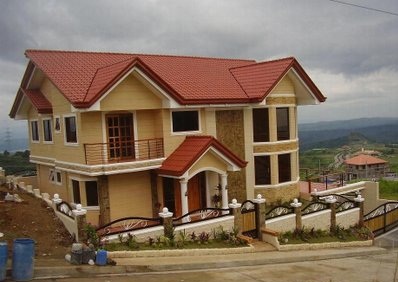 The Indian style of designing houses has gone through a revolution in the 20th century. Up until this era the majority of houses in India were modeled upon temples and royal palaces. Since the Royal palaces are considered to be monuments of glory they became the design of choice of the wealthy for making egocentric expressions.

The history of architecture in India, particularly pertaining to houses has to do with display of wealth and power. This is why you would find that a wide range of exotic and exquisite materials were used to reflect this aristocracy. The use of gold, silver, granite, marble, jewels and fine textiles was common in Indian houses. However this was the standard set by the rich and famous of the country whereas the poor lived in a totally different condition.

The lifestyle of the Indian people also had a profound effect on their architecture. For example the concept of joint families was prevalent throughout history in this region. In order to facilitate joint families houses needed to be designed in such a manner so as to comfortably accommodate the large number of people while maintaining privacy between independent families.

The all-time classic Indian House design for joint families is where the center of the house is an open courtyard with rooms constructed around it. Bathing and washing facilities are kept common and accessible to all. Traditionally Indians have a unique flooring concept where they decorate the floor of the open courtyard with the traditional design known as Rangoli. The use of religious symbolism throughout Indian homes has been a common feature which lends spiritual and aesthetic charm to the interior.

Furniture was minimal yet there were some important furniture articles that needed to be incorporated into every home. This included the divan which was a low wooden bedstead. A low coffee table along with a rocking chair was also a must have, especially in homes with elderly people. Divans were actually multipurpose furniture articles that could accommodate guests for seating purposes and could also be used as beds. They often feature highly decorative carved legs. Perhaps one of the most intriguing elements of the interiors of Indian homes are tabletops. Indian tabletops are now renowned world over for their beautiful handcrafted ornate designs which follow all across the top as well as the sides of the table.

Architects in India have traditionally always had to dedicate a special place of worship in the house. This could either be an entire room if such space was available or maybe a dedicated corner of another room. This area of an Indian House is considered to be sacred. Another sacred area in the Indian house is the kitchen. Indian kitchens are purposefully made relatively spacious.

These are some of the most important elements of Indian house designs. However in modern times Indian sensibilities have been influenced by various other cultures.