Are you looking for old Irish sayings? Do you want to know about traditional sayings from Ireland? Read our guide for more information on choosing the right saying for your particular needs. 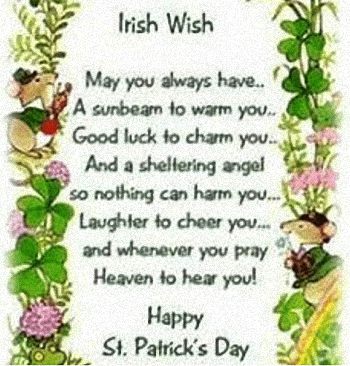 There are Irish sayings that gladden your heart with their focus on hope: “However long the day, the evening will come.”

Old Irish sayings often have a theme of sage advice: “It is often that a person’s mouth broke his nose.”

Another wise saying is: “A silent mouth is sweet to hear.”

Biblically inspired Irish sayings ring true in more ways than one: “There is often the look of an angel on the Devil himself.”

Sayings that weigh justice abound amongst the old Irish axioms such as: “The quiet one is often guilty.”

Perhaps one of the most insightful Irish saying is: “Broken Irish is better than clever English.”

And the wisdom of the ages is reflected in: “Distant hills look green.”

The varied Irish sayings that have enriched literature over many centuries are still prized and extensively quoted today.

The Irish have numerous sayings on the value of work over idleness, one of the most famous being: “You’ll never plough a field by turning it over in your mind.” This is further accentuated by another Irish saying: “While a person is out, his food gets cold” which essentially means “Nothing does well, if neglected.” The superiority of skill over wealth is underscored in old Irish sayings like: “A handful of skill is better than a bagful of gold.” This is mimicked by another old saying: “A cabin with plenty of food is better than a hungry castle.”

Famous for high levels of alcohol consumption, the Irish have developed unique sayings on their favourite past time: “What butter and whisky won’t cure, there is no cure for.” Old Irish sayings are wise also to the relative demerits of drink: “Good as drink is, it ends in thirst.” Another one of the Irish sayings that reflects a somewhat ambivalent attitude to a tipple: “It is sweet to drink but bitter to pay for.”

Certainly, old Irish sayings have afforded a rich array of maxims that encompass the whole spectrum of Irish life. From wise advice to witty and incisive observations, Irish sayings remain excellent references for the lush tapestry of Irish culture and customs.