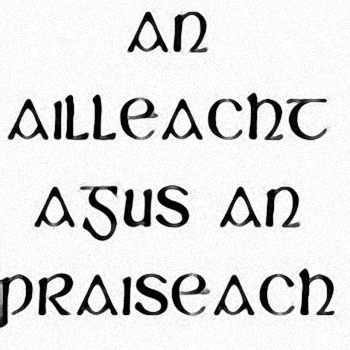 Are you looking for Irish sayings? Do you want to know about all the many different Irish sayings? Read our guide for more information on choosing the right saying for your particular needs.

Famous Irish sayings have encompassed the romantic to the ribald.

The Irish poet, W.B. Yeats, gave the wonderfully sensitive: “Tread softly because you tread on my dreams.”

Having a predilection for drink gave the Irish reason to coin numerous famous sayings for a toast.

Among them is: “Thirst is a shameless disease, so here’s to a shameless cure.” From revelry to romance, Irish sayings are memorable quips that will stand the test of time.

There are funny Irish sayings that are bound to make you chuckle if not guffaw like a ruddy faced Irishman. The funniest of sayings often relate to drinking and they mix humour and wit in varying degrees.

You’ll be thrilled by the sharpness of Irish sayings like: “God invented whiskey to keep the Irish from ruling the world.” And you’ll reel with laughter from funny sayings like: “The Irish ignore anything they can’t drink or punch.”

The old Irish sayings often offer sage advice gleaned from the many life experiences of a hardy and tenacious people. You’ll nod in agreement when you learn this old saying: “It is often that a person’s mouth broke his nose.” As the Irish value work over sloth, their sayings of old encourage industriousness with advice like: “You’ll never plough a field by turning it over in your mind.” Irish sayings of old beautifully capture the culture and customs of Ireland.

The different Irish Gaelic sayings are suited for all occasions and developed from the language of the Celtic people who inhabited Ireland. A memorable saying derived from Gaelic is: “A (true) friend’s eye is a good mirror”. Universal truths are also echoed in Gaelic sayings such as: “Not all who wander are lost.”

Irish sayings are also in the form of Irish proverbs that honour family values. The ravages of famine over the centuries have produced proverbs like: “Half a loaf of bread is better than no bread at all.” Much advice on the good of work is shown with proverbs such as: “You must crack the nuts before you can eat the kernel.” Irish wisdom is very well reflected in Irish proverbs.

There are a vast number of famous Irish quotes attributed to writers and statesmen who hailed from Ireland. Thomas Moore gave the world an incredible quote: “: “Glory is fleeting, but obscurity is forever.” And Edmund Burke was quoted as saying: “The only thing for the triumph of evil is for good men to do nothing.”

The many different types of Irish sayings can be very inspirational and always offer a reservoir of wisdom to enlighten us to this day. Ranging from the profound to the sublime, these Irish sayings reflect the wisdom of the ages.