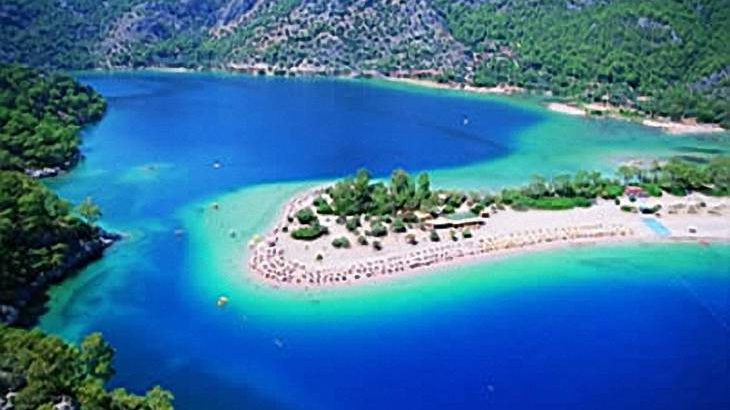 If you are visiting Turkey for a holiday then Fethiye, with its combination of warm sunshine, sandy beaches and places of interest, make it a great place to see. Below we’ve provided an overview of interesting things to do in Fethiye.

Fethiye is a small town located on the southern coast of Turkey on the Mediterranean sea. Fethiye stands in the same place as the ancient city of Tehmessos which dates back to 400BC. Although the current population of Fethiye is only around 25,000 it is still a busy and popular tourist destination, especially during the sunny summer months. Fethiye was established as a Lycian town although everyone from the Romans and Byzantines to the Ottomans have left their mark on Fethiye throughout the ages.

The visitor to Fethiye soon notices the sarcophagi which are situated all around the town at various places including parks. The sarcophagi of Fethiye are said to date back to 400BC and differ in size and prominence. The most interesting sarcophagi in fethiye are situated in front of the main government building.

The Fethiye museum is located in town and houses exhibits uncovered from archaeological digs in and around Fethiya as well as nearby sites in Turkey. There are hundreds of old artefacts with explanations in Turkish and English including pottery and small statues. The Fethiye museum opens at 8am and stays open until 5pm daily.

The most famous tomb in Fethiye is that of Amyntas which is said to pre date the Christian era by three hundred years. Amyntas is believed to have been a king of Fethiye in ancient times. The tomb is set high up on the side of a rock face and has been carved out with beautiful decorations.

Located on a hillside behind Fethiya there is a fortress built by European crusaders (the knights of St. John) who used Fethiya as a base from which to move supplies forward to the front lines of battle. The main structure of the fortress is still intact and from here you can get a nice view of Fethiye and surrounding areas.

Fethiye is situated on the Mediterranean coast making it an ideal place for a variety of water sports.

There are several boat hire companies in Fethiye from where you can charter a vessel for a days sailing. As an alternative to yachting, the waters off Fethiya are warm and clear making it a wonderful destination for scuba diving.

Turkey
Want to buy a Lohman Turkey Call? Read on to find out the different