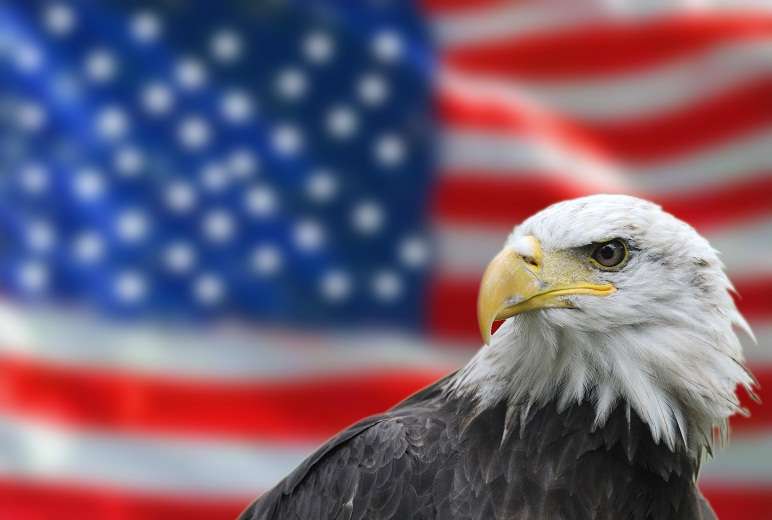 Interested in the bald eagle American flag? Find out about the history and significance of the flag…

The symbol of the bald eagle is to be found everywhere in the United States. From the president’s White House to the crests of each state and fashion clothing and accessory items. The bald eagle American flag captures the true essence of the American people.

In its left talon it held a group of 13 arrows which symbolized the country’s military might and willingness to go into the battle field. Furthermore the eagle would be standing behind a shield in the classic heraldic style. However with time the eagle became one of the most prominent national symbols and is now featured on the secondary flag of the United States.

About the American bald eagle

There are around 70,000 bald eagles in the world. More than half of them dwell in Alaska. The eagle has now been listed amongst the endangered species list by the regulating authorities. American eagles like to live near water bodies. The reason why they are found in these areas of North America is due to the abundance of salmon which happens to be the main source of food for the eagles.

In recent years the productivity of American bald eagles has gone up so much so that they managed to get off the endangered species list in June 2007. The national bird is protected by the Migratory Bird Treaty Act as well as the Bald and Golden Eagle Protection Act regulated by the government.

These acts restrict the transport, barter, sale, trade as well as import and export of the eagles in the territories. It is illegal for anyone to collect eagles or their nests and eggs without a special permit from the government. Native Americans on the other hand are permitted to keep possession of bald eagle emblems because this had been part of their culture and tradition for ages.