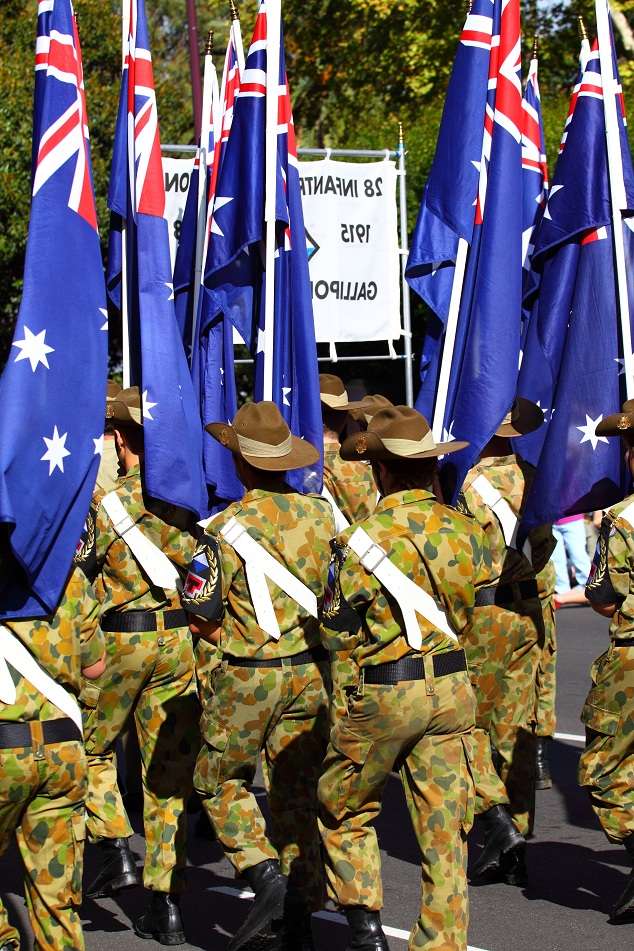 Intrigued by The Australian Army Cadets? Learn more about the youth training programs by for the Army Cadets Australia…

There 19,000 or more Army Cadets under their wing. These young cadets range from the age of 12½ up to 19, which is the maximum age limit for a youth to participate in the program. The Army Cadets Australia members are stationed across the country in 232 units.

The motto of the group is to incorporate ‘Courage, Teamwork and Initiative’ in its recruits. With its co-operative activities and links to the Australian Army it is the perfect grounds for training youth to be dependable and quick thinkers.

Not Part of Australian Defense Force

The variety of activities that the youth are involved are comprised of the ceremonial drill for military, orienteering and navigation skills, radio communication skills, equipment maintenance, basic bush skills and participation in cadet bands. The young Australian Army Cadets are trained to use a firearm classified as the F88 AuSteyr Rifle. Shooting skills are imparted through one on one training classes.

The Australian Army Cadets are given authority under Section 62 included in the Defense Act 1903. It provides policies for lawful conduct under the Cadet Forces Regulations 1977. Modeled on the Australian Army, this youth organization is different from Scouts Australia or a variety of youth exploration groups.

This is due mainly to the fact that it differs in terms of the aims of incorporation. The core focus is to inculcate military skills and leadership styles for progression in the Armed Forces if the young cadets choose that path in future. It has a national reach and the Army Cadet units are based in each of the Australian states and territories.

A youth who has reached the age of 12 years and 6 months in full can apply to the Australian Army Cadets and be a member of the organization till one day before turning 20. It is important to note that the Cadets Australia is not part of the Australian Defense Force and it is not an entry point into the military. At no point during their membership in this organization are the cadets considered members of a defense force.