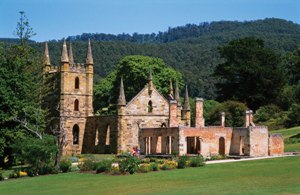 However, the number of immigrants who came to Australia between 1851 to 1871, at the height of the gold rush, far superseded the measly number of convicts who were sent to the penal colonies in the country. In 1852 alone an astounding 370,000 immigrants reached the Australian shores in search of their fortunes; this number alone is twice the number of convicts that were sent to the Australian penal colonies.  By 1871, the immigrant population had reached an overwhelming 1.7 million from a 430,000. The last convicts were shipped to Australia in 1868.

The works of Charles Dickens are probably the most appropriate indication of the social condition in England in the 19th century. Poor living conditions, abject poverty, child labor and social injustice were rampant in the country; the conditions were too horrific even for some government officials and this is what led to the introduction of the first law against child labor. During the revolution of the American colonies, London was bustling with unemployed people often languishing on a stupor brought on by cheap gin. Crime had become a bane for the peace of the city. To augment the problem, Britain did not have penitentiaries to hold the miscreants because these were often viewed as an overtly American concept.

However, surprisingly in a country that frowned upon the concept of penitentiaries it was acceptable to punish a person with the death penalty for the pettiest of crimes such as stealing gold worth five shillings; even children were not spared the brunt of this cruel law. Fortunately, the Bloody code ended in 1800’s after the lawmakers thought the punishment to be very harsh. However, a recourse had to be found to punish the miscreants albeit less severely so that potential criminals could be stopped in their tracks.

The Industrial Revolution and the rise of petty crimes in the entire continent further compounded the problem, which led the government to seriously consider the establishment of a facility that could hold these petty criminals and this led to the establishment of the Australian penal colonies. It was common for criminals to be faced with deportation both in cases of petty theft as well as heinous crimes.