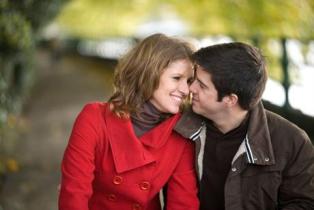 The eHarmony Australia experience is different in that the service provider for matchmaking actually does a compatibility analysis before presenting potential matches to a client.

The leading online matchmaking service provider does not stop at providing pictures and profiles of different people interested in dating. However, it takes one step further and profiles candidates for their clients before presenting them to the client.

The prescreened matches are established using the interesting Compatibility Matching System™. This screening technology actually narrows down a few potential candidates from the millions of hopeful people who sign up for the service. Each client who signs up with eHarmony Australia gets access to only a select group of singles who are compatible on different levels and who exhibit a great depth in terms of the shared values.

The most important areas are matched rather than providing a picture and a few details to the client. Important aspects like character, intellect, and spiritual or religious beliefs are also analyzed. Other key dimensions that are assessed are a passion for life and a sense of humor, which might seem to basic but play which a very important role in making a connection between two people.

With the use of scientific matching eHarmony Australia tries to determine what it will take for two people to establish a long-term relationship. In some instances a person may consider another someone fun for a short-term or casual meeting, but not compatible for a long-term partnership. In other instances they may not be attractive to another person. Some are people not serious enough for long-term commitments, while others do not have the right work ethic.

Scientific Research by the Founder of eHarmony Australia

Scientific research on compatibility and long-term relationship building, as well as as a detailed profile of members, is combined with an effective screening process is all aimed at getting the right potential partner for a client.

The founder of eHarmony, is Dr. Neil Clark Warren, has researched successful and failed marriages by working with 5,000 couples. According to this study chemistry is not the only component of a solid marriage. Even though a relationship may start with perfect chemistry more than 75% of the couples end up in an unhappy marriage or eventually get divorced.

It is important to understand what the major components of a great relationship are. These can be analyzed by focusing on the differences that arise between married couples who are either satisfied or dissatisfied with the status and condition of the relationship.

The main dimensions include spiritual beliefs, feelings about kids, curiosity and intellect. Their value system and relationship skill, a major component of which is considered conflict resolution, are also assessed.

Basically the system uses 29 core dimensions related to the potential of building a successful relationship based on the compatibility levels. Even though the eHarmony service is costlier and takes more time, it can fulfill the aim of to finding a soul mate for a  long-term and healthy relationship.

Through the system core traits are identified for each individual. These are the aspects that define the essence of a person and are carried through in adult life.  Conversely an assessment of the vital attributes aims to review the experience and learning that is influenced by and changes due to life experience and vital decisions made as an adult.

These elements create a very clear picture of the person at the core level and make it easy to create the basis for matching an individual to these traits and attributes.